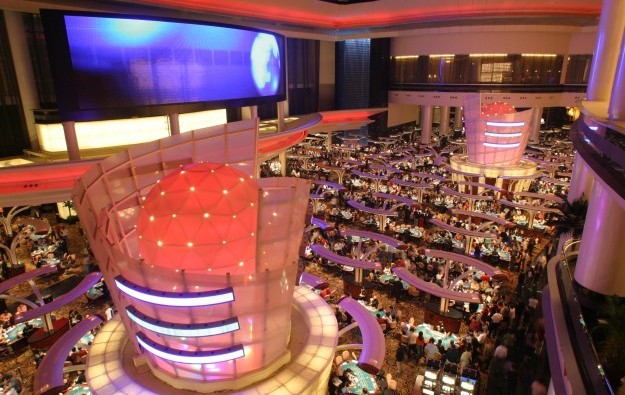 Average daily revenue (ADR) in Macau casinos rose to more than MOP1 billion (US$125 million) in the first five days of the week-long Chinese national holiday, compared to MOP900 million in the final weeks of September, according to figures obtained by GGRAsia.

The sequential growth was expected by the market. But 2014′s year-on-year growth in gambling revenue for the relevant holiday period is unlikely to have matched that of Golden Week 2013, when there was a 30 percent lift in the first six days of October, with gamblers spending about MOP10.6 billion, compared to the same period in 2012.

The expected weaker year-on-year growth is despite a jump in tourism arrivals to Macau in the first five days of the National Day Golden Week holiday. This is usually a peak season for the city’s tourism industry as hundreds of thousands of mainland Chinese tourists take advantage of the weeklong break to visit Macau.

Total visitor arrivals during the first five days of October rose 14.4 percent from a year earlier, the Macau Government Tourist Office said on its website on Monday. More than 81 percent of all visitors were from mainland China, up by 13.9 percent year-on-year. The weeklong holiday ends on Tuesday, October 7.

There is however no clear statistical connection between overall tourism arrivals and casino GGR in Macau. While monthly GGR has been dropping in year-on-year terms since June, the number of overall tourists continues to increase – it reached a new all-time monthly record in August, at almost 3.1 million.

“While the headline visitation numbers reported during Golden Week have been very robust, we do not believe that casinos saw similar increases in foot traffic. In fact, based on our casual observations over the weekend, we think casino foot traffic (as it relates to the regular mass floors) likely declined year-on-year during Golden Week,” Grant Govertsen and Felicity Chiang, analysts at Union Gaming Macau Research Ltd, wrote in a note on Monday.

“We would attribute this to the current protests in Hong Kong, which likely impacted visitation from Hong Kong residents, as well as impacted travel plans of mainlanders who would otherwise have enjoyed a joint trip to both Hong Kong and Macau during the holiday,” they added.

Recent reports have suggested that mass GGR growth could be flat in October, following a sharp decline this month.

Cameron McKnight of Wells Fargo Securities LLC expects October’s GGR to drop 19 percent from a year earlier. “It is important to note that October 2013 is a tough compare as VIP/mass revenue grew 28 percent and 45 percent [respectively],” he said.

The imminent return of package tours from mainland China will not only help boost Macau’s tourism businesses, but is also expected to help casinos gain more foot traffic in their mass gaming... END_OF_DOCUMENT_TOKEN_TO_BE_REPLACED