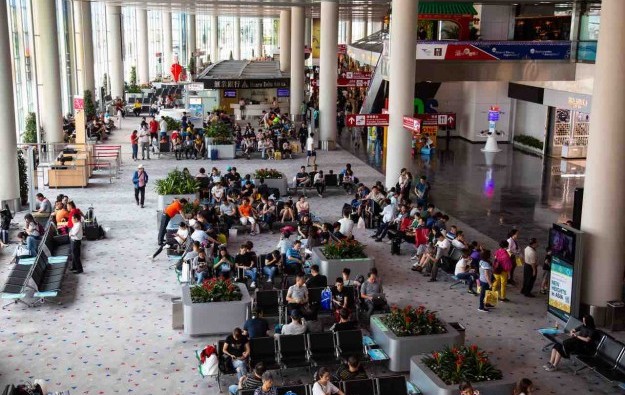 Macau International Airport (pictured) has confirmed it set in 2019 an all-time record for annual passenger traffic, and had added that year Pyongyang, the capital of North Korea, to its list of destinations. The airport had previously catered for scheduled services to Pyongyang, but had a pause of several years.

The final annual figure of 9.6 million arriving and departing passengers for Macau’s airport had been predicted as the upper end of a range mentioned by an official of the airport’s operator in comments to local media in mid-December. It represents a 16 percent year-on-year increase.

The final 2019 operating data – confirmed on Thursday in a press release from the hub’s operator, Macau International Airport Co Ltd, a body also known as CAM – also mentioned the facility handled over 77,580 aircraft movements, an increase of 18 percent on a year earlier.

In 2019, the tally of passengers from Taiwan rose by 6 percent, while the tally from mainland China and Southeast Asia markets increased by 25 percent and 14 percent respectively.

The release said 34 airlines were operating from the airport as of the date of the announcement, serving 59 destinations spread between mainland China, Taiwan, Southeast Asia and Northeast Asia.

The document added that the mainland China, Southeast Asia and Northeast Asia markets accounted in 2019 for 40 percent of the air hub’s total passenger volume. The proportional contribution of the Taiwan market during the period was not specified.

The release noted that 13 new routes were added to Macau International Airport’s coverage in 2019, including eight for mainland China: Wenzhou; Shenyang; Changsha; Jieyang Chaoshan; Jinan; Yangzhou; Nantong; and Nanchang. Other regional destinations added were: Jeju in South Korea; Pyongyang, in North Korea; Lal-lo in the Philippine province of Cagayan; Cam Ranh in Vietnam; and Mandalay in Myanmar.

In July, Macau’s civil aviation authority had said in a statement it had “approved Air Koryo to operate flights between Pyongyang and Macau” twice a week, starting from August.

North Korea’s state-owned Air Koryo had previously operated a scheduled service between the two cities from the year 1996 until 2004, the aviation authority statement had added.

CAM said in its update on 2019 operations: “Macau International Airport will make every effort to develop long-haul routes to attract more international and local travellers.”

The airport is now linked by rail to the Cotai casino district, via the city’s Light Rapid Transit rail network. The first section – serving the mainly-residential district of Taipa and next-door Cotai – opened to the public in mid-December.

In December 2018, CAM said a three-level addition to the airport known as the Passenger Terminal Building South Extension Design and Build Project would allow the hub to increase its handling capacity to 10 million passenger journeys a year.

Most of Macau’s casino operators are likely to generate positive free cash flow in the first quarter, given the robust recovery level of mass-market gross gaming revenue (GGR) in January, relative... END_OF_DOCUMENT_TOKEN_TO_BE_REPLACED