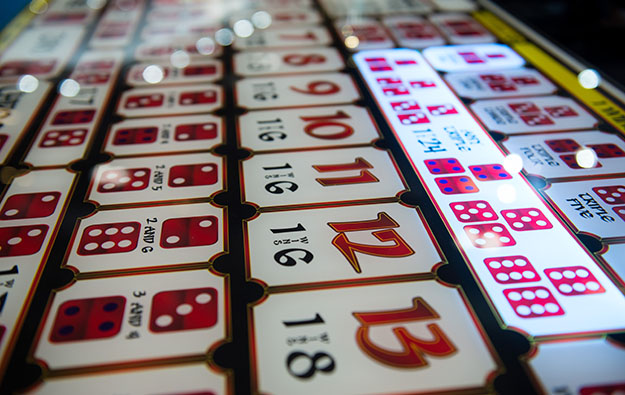 While Macau’s casino gross gaming revenue (GGR) in March saw an 80 percent contraction year-on-year according to figures released on Wednesday, things might get even worse in April, says a note issued that day by brokerage JP Morgan Securities (Asia Pacific) Ltd.

But another institution, Sanford C. Bernstein Ltd, said in a Thursday memo that all six Macau operators of casinos should have at least six months of cash liquidity to survive the business “drought” caused by the novel coronavirus pandemic.

Nonetheless it emerged on Wednesday that in Nevada in the United States the governor has ordered that the temporary closure of casinos – due to expire on April 15 – be extended to April 30. The parent companies of three Macau operators: MGM China Holdings Ltd; Sands China Ltd; and Wynn Macau Ltd; are based in Nevada.

Regarding the immediate outlook for Macau, JP Morgan said on Wednesday: “We wouldn’t be surprised to see Macau printing near-zero GGR until the restrictions at the Guangdong border are lifted.”

The neighbouring mainland China province of Guangdong is normally a major feeder market for Macau tourism, and one of a number of places in the region that has imposed travel restrictions to try to contain the spread of the Covid-19 disease linked to the virus.

According to Macau’s Public Security Police, Macau received around 230 visitors on Sunday and approximately 270 on Monday. In 2019 the statistical daily average was circa 108,000 tourist visitors per day, based on that year’s tally of 39.4 million arrivals as reported previously be the city’s Statistics and Census Service.

JP Morgan analysts DS Kim, Derek Choi and Jeremy An further noted in relation to April GGR: “April could possibly be the worst month since the first Vegas-type casino opened in 2004 (Sands Macao).”

In its Thursday commentary, Sanford Bernstein noted in relation to casino firm liquidity and referring first to Hong Kong-listed Galaxy Entertainment Group Ltd: “Galaxy is clearly the least risky operator with abundant cash on hand, no debt and in a worst case scenario, 40 months or so of breathing room before needing to draw on any new liquidity.”

Analysts Vitaly Umansky, Eunice Lee and Kelsey Zhu added: “Other operators have between six and 17 months of headroom with existing cash balances and 15 to 25 if the full amount of each company’s revolver is drawn (excluding Studio City).” Studio City is a Cotai casino resort majority-owned by Melco Resorts and Entertainment Ltd.

The institution observed there were “questions surrounding dividends” for Macau operators this year.

“Wynn Macau announced that it would delay its final dividend until there is more clarity around a recovery. MGM China, Galaxy [Entertainment], Melco [Resorts] and SJM [Holdings Ltd] have made dividend payments earlier this year, with future payments this year uncertain,” stated the Sanford Bernstein team.

The analysts added: “Sands China is yet to announce its second dividend it usually pays in June (and announces in March). Its liquidity would only allow a dividend if it were to draw on its [credit] revolver (something it did during 2016).”

In a separate note on Wednesday, Sanford Bernstein said it estimated April GGR in Macau could be down in the range of 87 percent to 92 percent in year-on-year terms. “The gaming operators and other Macau based contacts we have spoken with do not see any clarity on timing of recovery (visa situation improvement),” stated the analysts.

JP Morgan also stated on Wednesday that there was “very little visibility” on when travel restrictions to Macau might be lifted. The brokerage mentioned inbound visas for mainland tourists – including via China’s individual visit scheme for independent travellers and via package tours for mass-market arrivals – being “the two most important factors to allow the industry (and forecasting exercise) to “return to normalcy”.

An industry consultant recently suggested to GGRAsia that the reasoning for keeping Macau’s casinos open amid the ongoing Covid-19 crisis and almost total drying up of the inbound tourism flow is now “social” – i.e., to protect local employment – rather than commercial.

Only two of Macau’s 18 satellite casinos – the Rio Casino and the President Casino – have closed amid changes to the city’s regulatory system for such properties, and against... END_OF_DOCUMENT_TOKEN_TO_BE_REPLACED