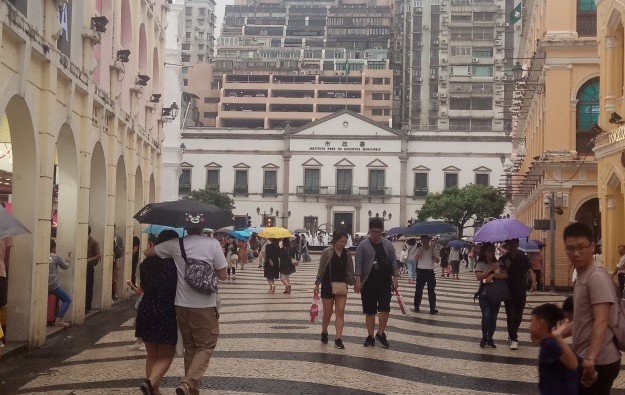 Macau recorded in aggregate 374,000 visitor arrivals for May 1 and May 2, the city’s Public Security Police said on Friday. Those days coincided with the first portion of a four-day holiday period in mainland China that began with Labour Day on May 1 and ends at midnight on Saturday, May 4; as previously announced by China’s State Council.

Apples with apples comparisons between arrivals across the whole of the Labour Day holiday season this year and the 2018 season will not possible because the length of the officially-declared period for this holiday in mainland China was one day shorter last year.

The visitor arrival statistics recorded during May 1 and May 2 were already close to the tally of the whole Labour Day festive break last year. Temperatures dipped by as much as 9C at times on Friday May 3 compared to previous days. The temperature slump was accompanied by rain, which can sometimes be a factor affecting visitor numbers to Macau, the city’s tourism bureau has previously noted.

In 2018, the official Labour Day holiday period in mainland China – as prescribed by the State Council – included only three consecutive days, which covered the period of April 29 – a Sunday that year – to May 1, a Tuesday that year.

Macau saw 391,000 visitor arrivals from April 29 to May 1 inclusive last year, according to official data. At that time, the city’s average occupancy rate of hotels and guest houses was 94.3 percent, and the average room rate was MOP1,612.50 (US$200), according to data compiled by Macao Government Tourism Office.

A number of Macau’s five-star casino resorts – most venues in Cotai – had seen strong advance hotel bookings for the upcoming Labour Day festive period, according to information GGRAsia collated from the respective official booking websites of major properties.

The imminent return of package tours from mainland China will not only help boost Macau’s tourism businesses, but is also expected to help casinos gain more foot traffic in their mass gaming... END_OF_DOCUMENT_TOKEN_TO_BE_REPLACED