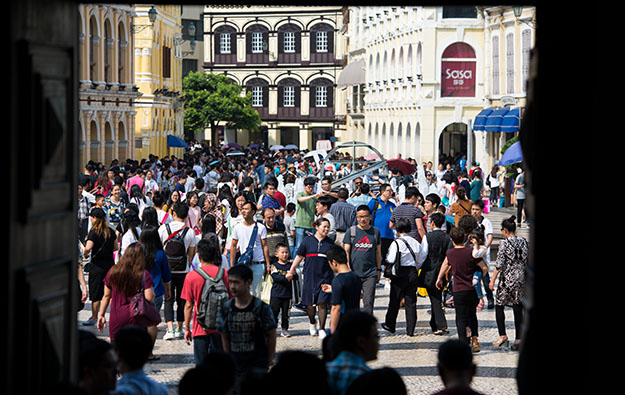 Visitor arrivals to Macau during the first six days of the October Golden Week holiday period rose by an average of 11.8 percent, to a total of almost 812,500, show data issued on Sunday by the Macao Government Tourism Office.

The average was brought down by a 12.1-percent year-on-year decline in the day six tally.

October Golden Week is usually a peak season for the city’s tourism and casino industries as hundreds of thousands of mainland Chinese tourists take advantage of the week-long break to visit Macau.

China’s State Council declared October 1 to October 7 as this year’s National Day holiday period. But September 29 and 30 immediately beforehand are weekend days this year, meaning some spillover in terms of tourism arrivals had been anticipated by the authorities.

Most of Macau’s casino operators are likely to generate positive free cash flow in the first quarter, given the robust recovery level of mass-market gross gaming revenue (GGR) in January, relative... END_OF_DOCUMENT_TOKEN_TO_BE_REPLACED