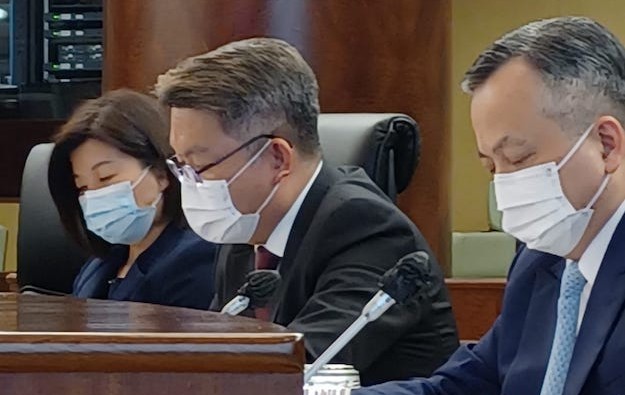 Members of Macau’s Legislative Assembly gave a first-reading nod on Wednesday – after several hours of debate – to a consolidating bill that covers licensing and regulatory matters for the city’s junket operators and for so-called satellite casinos. There were 30 legislators voting in favour at the first reading, and one member voting against the government-backed bill.

A number of legislators speaking in the debate raised questions on the viability for satellite casinos to continue to operate under the proposed framework, and also focused on concerns that aspects of the measure could hurt local employment. There are currently 18 satellite casino venues operating in Macau. The junket sector has traditionally had operations in satellites, as well as being – in relation to concessionaire property-based VIP play, a significant user of local labour.

The promoter of one satellite casino hotel – the Grand Emperor Hotel – confirmed in a Hong Kong filing at the start of April, that it would cease the casino part of the business on June 26, citing the “gloomy outlook of the high-end gaming segment”.

Macau’s Secretary for Economy and Finance, Lei Wai Nong (pictured, centre) attended Wednesday’s debate. He has previously stressed in comments, that the government was happy to see satellite casinos continue in the market, albeit under different regulatory conditions.

The government affirmed on Wednesday that enactment of the bill covering junkets and satellites was due to be aligned with a new generation of concession contracts. Up to six casino concessionaires will be allowed, but there is not yet clarity on when new contracts will come into force. The government has however invited the incumbent six operators to apply to extend their current concessions until December 31 – from the current expiry date of June 26 – to allow for a fresh public tender.

The bill on satellites and junkets – known as the “Regime for the exploitation of games of chance” – is separate from another key piece of legislation for the Macau gaming industry: an amendment bill relating to the city’s existing gaming law. The latter also has some provisions linked to satellites and junkets – and is also due to be passed prior to a fresh public tender for Macau gaming rights.

In relation to the new consolidating bill on junkets and satellites, the Macau government proposes to recognise what is known in Macau gaming parlance as a “management company”, as an entity that manages all or part of a casino of a gaming concessionaire. Historically, that has covered management services at so-called satellite casinos.

But the new bill proposes some significant changes . One is that a management company would only be allowed to partner with a single casino concessionaire. Each licensed junket operator would also only be able to partner with a single concessionaire. In addition, it will no longer be possible for individuals to be licensed by the Macau government as junkets. Only companies would have that possibility.

New licensing terms and regulatory requirements for Macau’s authorised junket entities as proposed in the new consolidating bill, will make it harder for them to conduct business, if enacted as currently framed, one junket trade association leader and two gaming lawyers remarked to GGRAsia.

Following first-reading approval, the consolidating bill will now be assigned to one of three working committees of the assembly for detailed examination. The relevant committee might make recommendations for revisions. After it has issued a report, the bill will return to the full assembly for its second and final reading.

Macau is to create distinct zones on its casino floors and designated gambling chips that will be solely for the use of players from overseas. The moves will be part of a new gaming tax system to... END_OF_DOCUMENT_TOKEN_TO_BE_REPLACED