Macau Aug GGR could be in positive territory: analysts 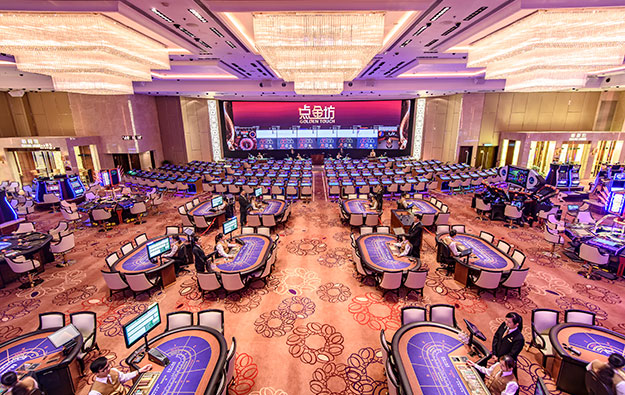 August could be the first month of casino gross gaming revenue (GGR) growth in year-on-year terms for the Macau market since May 2014, say investment analysts based on unofficial month-to-date returns.

Casino GGR for August in the Macau market is tracking between an increase of 1 percent in year-on-year terms and a decline of 3 percent, said analysts Vitaly Umansky and Clifford Kurz of Sanford C. Bernstein Ltd in a note on Monday.

“Our channel checks indicate that Macau’s GGR month-to-date is approximately MOP8.25 billion [US$1.03 billion], implying an ADR (average daily rate) of approximately MOP593 million, above the prior month and week,” they wrote.

Mr Umansky and Mr Kurz added: “Assuming an ADR of MOP580 million to MOP620 million for the remainder of this month, August GGR would be MOP18.1 billion to MOP18.8 billion, representing a year-on-year decline of 3 percent to +1 percent.”

Brokerage Telsey Advisory Group LLC also said in a Monday note that August GGR was tracking up in year-on-year terms.

“According to our industry sources, based on gaming play for the first 14 days of August, GGR in Macau for the month is estimated to be tracking up approximately 4.3 percent year-on-year,” wrote Telsey analysts David Katz and Brian Davis.

They added: “While early monthly numbers have been less reliable in recent months, signs continue to suggest that the Macau market is improving. We believe the context for the opening of new properties in the coming weeks is therefore more positive than expected… We remain keenly focused on the upcoming Macau openings, with Wynn Macau Ltd’s [Wynn] Palace opening next week and Las Vegas Sands Corp’s Parisian [Macao] in three weeks.”

Macau’s casino GGR for July fell by 4.5 percent year-on-year to MOP17.77 billion, according to official data. It was the 26th straight month of GGR retreat measured in year-on-year terms.

Analyst Cameron McKnight of Wells Fargo Securities LLC does not expect GGR performance in Macau to turn positive in August. But Mr McKnight’s latest estimates – made available in a Monday note – point to “flat to -2 percent” year-on-year growth.

Japanese brokerage Nomura still predicts GGR to decline in August in annual terms. The firm reiterated in a Monday note its forecast for a 3-percent decline in gross gaming in Macau.

The imminent return of package tours from mainland China will not only help boost Macau’s tourism businesses, but is also expected to help casinos gain more foot traffic in their mass gaming... END_OF_DOCUMENT_TOKEN_TO_BE_REPLACED