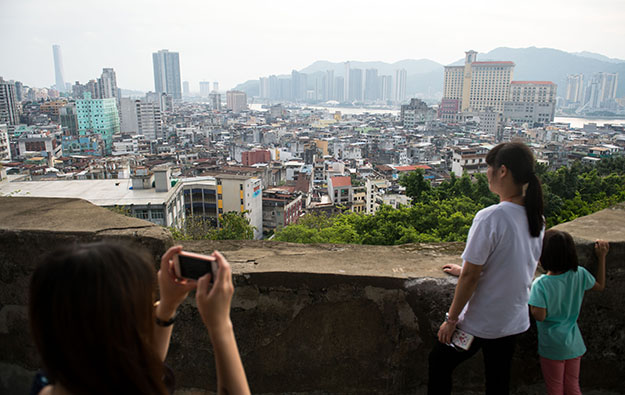 Macau’s visitor tally for August increased by 6.5 percent year-on-year to over 3.62 million arrivals, a figure that was fuelled by a double-digit growth in the number of day-trippers. But the number of overnight visitors in that month has shown a year-on-year decline.

Macau had an aggregate of approximately 1.93 million same-day visitors in August, a rise by 20.2 percent when compared to a year ago. Meanwhile, the tally of overnight visitors dropped by 5.7 percent year-on-year to nearly 1.7 million.

The statistics bureau’s tourist arrival data for August indicated the average length of stay of visitors to Macau “held stable” when judged year on year at 1.2 days. The duration of visit for overnighters and same-day visitors was 2.3 days and 0.2 day respectively.

A total of 2.65 million mainland Chinese visitors came to the city in August, a tally up 4.7 percent year-on-year. But during the month, the total of those that travelled under the Individual Visit Scheme (IVS) – a system  for exit permits from mainland China issued to independent Chinese travellers – decreased by 1.3 percent to just under 1.3 million.

Visitors hailing from the mainland in August came primarily from Guangdong (nearly 1.3 million) and Hunan province (109,752).

The statistics bureau said that in August, the tally of arrivals to Macau from the nine mainland Chinese cities in the Greater Bay Area grew by 23.8 percent year-on-year to 1.15 million.

The tally of visitors from Hong Kong – the second-largest single source for Macau’s visitors – increased by about 20 percent to over 666,000 in August.

In August, the volume of Macau’s inbound visitors arriving via land crossings – including the Hong Kong-Zhuhai-Macao Bridge – grew by 33.7 percent year-on-year to over 2.7 million, far outpacing the growth in numbers regarding those that arrived in the city by air or by sea. The tally of visitors coming to Macau via ferries in that month declined by 50.2 percent year-on-year to 521,939, the official data show.

The addition of the August data meant that Macau’s visitor arrivals for the first eight months of this year tallied over 27 million, up by 18 percent year-on-year. During the period, the number of visitors from mainland China and most of long-distrance travellers has shown year-on-year increase.

Macau casino operator MGM China Holdings Ltd had a “record” market share in January, and its venues were the “highest-earning businesses” in the portfolio of the majority owner MGM Resorts... END_OF_DOCUMENT_TOKEN_TO_BE_REPLACED