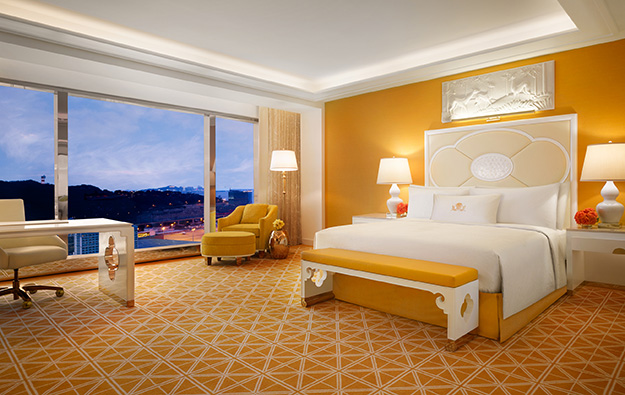 The average room rate across Macau hotels ranging from the five- to three-star category rose 3.5 percent year-on-year in April to MOP1,312.80 (US$162.42), according to data from the Macau Hotel Association.

Meanwhile other figures from the city’s Statistics and Census Service showed that the number of overnight visitors to Macau in April rose 7 percent year-on-year, to more than 1.54 million. The pace of growth in the number of same-day visitors was even higher, at 9 percent, although at nearly 1.42 million, that latter category of tourist was slightly smaller in market share terms.

In aggregate, the city welcomed 2.96 million visitors in April, up 8 percent from the prior-year period.

The average length of stay of visitors to Macau held steady year-on-year at 1.2 days. That for overnight visitors and same-day visitors remained at 2.1 days and 0.2 of a day respectively.

Macau’s overnight visitors typically spend more than same-day trippers according to other data issued by the local government.

In the Macau hotel trade in April, the biggest rate growth was in the three-star segment, where the average charge per night rose 7.3 percent year-on-year, to MOP1,011.20, compared to MOP942.40 a year earlier. But the three-star category was the only upmarket accommodation segment in April to show a year-on-year decline in occupancy, to 81.5 percent, down 7.5 percentage points.

During the reporting period, four-star rooms were – at on average MOP818.30 per night – actually 19.1 percent cheaper than the three-star average. The average occupancy rate for four-star hotels was 93.1 percent, up 3.1 percentage points.

The average price in April of five-star accommodation was MOP1,641.20, a rise of 2.7 percent on the MOP1,597.80 charged on average in the prior-year period. That category’s occupancy rate rose 6.8 percentage points in April, to 91.7 percent.

The Association counts 45 upper-end Macau hotels – 24 five-star, 12 four-star and nine three-star – among its membership, the majority of the hotels in the market.

In April, statistics bureau data showed that the tally of visitors from mainland China to Macau increased by 16.5 percent year-on-year to just over 2.06 million, or 69.6 percent of the total number of visitors that month. The number of mainland residents travelling under China’s exit permit system for independent travellers, known as the Individual Visit Scheme, rose by 16.9 percent, to 962,704.

Visitor arrivals to Macau in the first four months of 2018 rose by 8.4 percent year-on-year, to nearly 11.51 million, said the statistics bureau.

Macau’s health authorities said on Sunday that they would require all people wishing to enter the city’s casinos not only to have their body temperature measured and to display a... END_OF_DOCUMENT_TOKEN_TO_BE_REPLACED