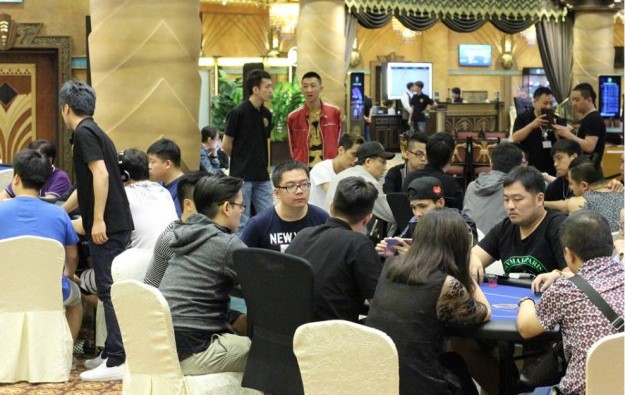 Macau Billionaire Poker announced on Monday that it will be hosting on October 25 and 26 a new poker event called “MBP 50K Fall Classic”, which is set as a prelude to the five-day 2017 Boyaa Poker Tour Macau Finals (BPT), which starts on October 28.

Both tournaments will take place at Babylon Casino at Macau Fisherman’s Wharf, the organisers said in a press release.

“We have seen a lot of interest in the 50K event during the Summer Showdown and believe it provides amazing value for players, including the option to rebuy multiple times before the end of registration period,” said a representative of Macau Billionaire Poker, Andrew Bonar, in a statement included in the press release. The MBP 50K Fall Classic is set to be an annual event, according to the organisers.

The MBP 50K Fall Classic does not feature a guaranteed prize pool, the organisers said on Monday in their official Facebook page.

The 2017 BPT Macau Finals, which takes place after the MBP 50K Fall Classic, is organised by Boyaa Interactive International Ltd, a developer and operator of online card and board games in mainland China. The tournament – set to take place from October 28 to November 1 – features a prize pool of HKD6 million (US$768,137). The winner stands to take home HKD1.2 million, with the top 200 players getting a cash prize, said the organisers.

Macau Billionaire Poker runs a poker room at Casino Babylon, which is operated by casino services firm Macau Legend Development Ltd. The Asia Poker Tour (APT) has signed an exclusive agreement with Macau Billionaire Poker and the Babylon Casino to bring a minimum of two international poker events per year to Macau for the next five years.

South Korea on Thursday said it would from June 1 resume issuing short-term tourism visas for trips to the country’s mainland, for individual visitors and groups of tourists. Permits for... END_OF_DOCUMENT_TOKEN_TO_BE_REPLACED