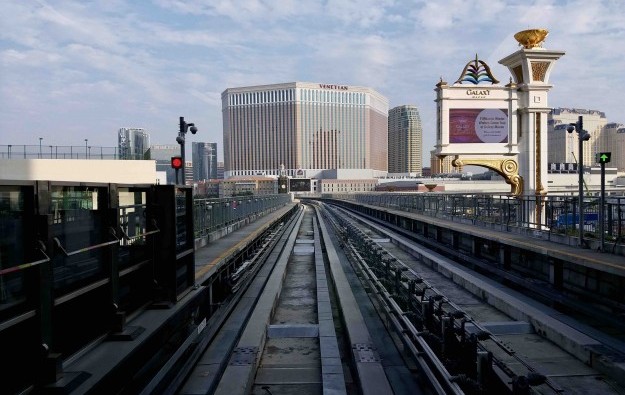 The daily operating expenses – i.e. “fixed costs” – of Macau gaming operators during the second quarter were estimated by Morgan Stanley Research as about US$15 million, a decrease from US$15.7 million in the previous quarter, said Morgan Stanley Asia Ltd in a Sunday note.

“Industry daily operating expense appears to have come down to [circa] US$15 million; down 5 percent quarter-on-quarter and down 21 percent year-on-year,” wrote analysts Praveen Choudhary and Gareth Leung.

Nonetheless, the imminent second-quarter earnings season was expected to report the “worst-ever” quarterly losses for the sector said Morgan Stanley, referring to the backdrop of stunted tourism and travel restrictions linked to Covid-19. The phrase “worst ever” was understood as a reference to when the market moved into the operations phase after liberalisation to a six-operator environment at the start of the present century.

Important factors in the current operating climate were which operators had “managed to reduce the most” and “what proportion” of any cut in expenses by operators was “sustainable”.

Morgan Stanley estimated that of the six Macau licensees, Sands China Ltd had the highest daily second-quarter operating expenses, at US$4.3 million. The second-highest set was ascribed to Galaxy Entertainment Group Ltd, at US$2.9 million daily in the reporting period.

The daily operating expenses of the other four Macau gaming operators were all estimated at below US$3 million in the second quarter. Wynn Macau Ltd’s were gauged at US$2.6 million); Melco Resorts and Entertainment Ltd’s at US$2.2 million; MGM China Ltd’s at US$1.6 million, and SJM Holdings Ltd’s at US$1.3 million, according to Morgan Stanley estimates.

Sands China was assessed by Morgan Stanley as having had in the second quarter the biggest property loss before interest, taxation, depreciation and amortisation (LBITDA), at US$286 million.

The institution’s analysts expected that the Macau names saw a collective EBITDA loss of US$1.0 billion in the second quarter, as compared to an EBITDA gain of US$2.4 billion a year ago.

“Our 2020-2021 GGR growth estimates are unchanged at -55 percent and +90 percent, respectively, but risk is to the downside to consensus 2020 GGR estimates,” the analysts said.

Macau’s mass-market GGR could decline by 59 percent year-on-year in 2020 compared to the bank’s previous forecast of 58 percent; while that of the VIP segment could decline by 51 percent, versus a prior estimate of 50 percent, the Morgan Stanley team stated in the Sunday note.

The verdict – and eventual sentencing – in the case involving Alvin Chau Cheok Wa (pictured in a file photo) and other defendants linked to the now-defunct Macau casino junket Suncity Group Ltd... END_OF_DOCUMENT_TOKEN_TO_BE_REPLACED