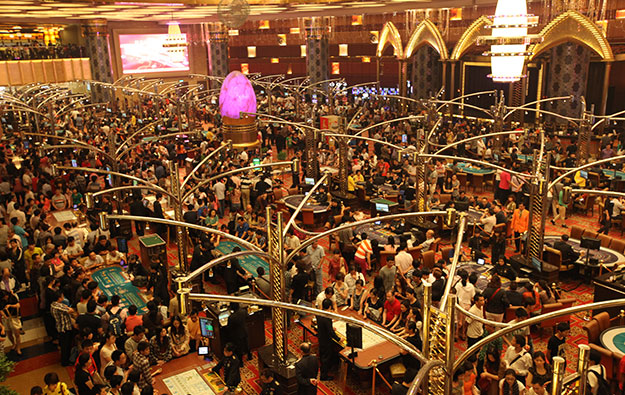 Total expenditure in Macau’s gaming industry fell at a faster rate year-on-year in 2014 than did total receipts. But key expenses for casinos – including complimentary hotel accommodation, marketing and market research as well as staff wages – all rose by double digit percentages, shows the Macau government’s Gaming Sector Survey 2014, published on Friday.

The data on gaming industry expenses for 2014 – most of them relating to the casino sector – lends some weight to recent notes by several investment analysts suggesting Macau casinos are saddled with some high – and in the case of labour, relatively fixed – costs relative to other casino markets and other industries. The figures also show that promotional and marketing expenses have been rising. Analysts say competition between Macau operators for casino customers has intensified since the downturn in Macau gaming revenue that began in the second half of 2014.

It was “the first decline since 2004 when the survey was launched,” said Macau’s Statistics and Census Service in a commentary accompanying the numbers.

The statistics bureau added that Macau’s gaming receipts decreased by 2.6 percent to MOP352.38 billion while those from food and beverage operations in gaming venues rose by 8.8 percent to MOP613 million.

Operating expenses however increased by 16.0 percent to MOP24.56 billion, of which expenses on complimentary hotel accommodation (MOP6.09 billion) and marketing and market research (MOP5.41 billion) rose by 21.7 percent and 31.0 percent, respectively.

“Expenditure on marketing and market research rose substantially… to MOP5.41 billion, of which payments made abroad soared by 80.3 percent to MOP642 million, signifying the increased efforts of [Macau gaming] enterprises in overseas promotions,” stated the statistics bureau.

Another important cost – staff compensation – increased by 17.3 percent year-on-year, to MOP18.97 billion in 2014. The rate of increase was nearly three times Macau’s inflation rate for 2014. The latter stood at 6.05 percent according to a statistics bureau press release in January.

Gaming industry labour costs – expressed as a percentage of all gaming industry expenditure, the method used in the government’s survey – were 12.6 percent of the total. If such costs were consolidated under an operational costs heading – an arrangement some investment analysts have recently indicated as reasonable in accounting terms – then labour costs in 2014 would have accounted for close to 44 percent of operating costs.

Morgan Stanley group said in a report in September that it assessed the Macau operators’ staff costs thus far in 2015 as being the biggest portion of controllable costs – representing 60 percent to 70 percent of total operating costs excluding tax and junket commissions.

Friday’s data also show that the gross value added by the gaming industry to Macau’s economy actually declined by 0.3 percent year-on-year in 2014, to MOP225.25 billion. The indicator measures sectoral contribution to the overall economy.