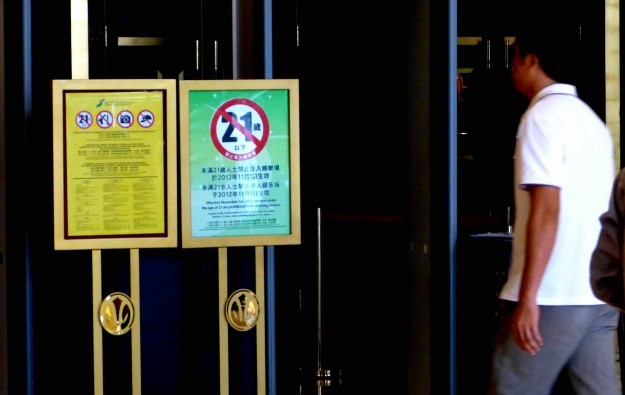 A total of 376 requests for exclusion from Macau’s casinos was received by the city authorities in calendar-year 2017, an increase of 7.1 percent on the 351 exclusion requests in 2016, according to the latest data released by the city’s casino regulator, the Gaming Inspection and Coordination Bureau.

A total of 316 applications during 2017 came via the Macau government’s self-exclusion programme. A further 60 exclusions were applied for by third parties, such as family members, said the bureau.

There was a total of 93 exclusion requests in the fourth quarter ending December 31, with 76 of them made voluntarily by individuals, and 17 via third parties.

According to the existing rules, all applicants must agree in writing to be added to the exclusion list, regardless of whether they apply directly or the request is made by a third party.

Any person can apply to be excluded from entering casinos in Macau. The maximum exclusion period is two years but it can be extended. The applicant can apply for exclusion from all or just some casinos.

The scheme was introduced in November 2012 as a measure to counter the risk of harm to individuals or to families due to compulsive gambling.

Some Macau casinos visited by GGRAsia on Thursday, actually had tables that were closed, notwithstanding strong consumer demand during Chinese New Year (CNY). The reasons for some tables being... END_OF_DOCUMENT_TOKEN_TO_BE_REPLACED