Macau casino GGR back to growth in May: govt 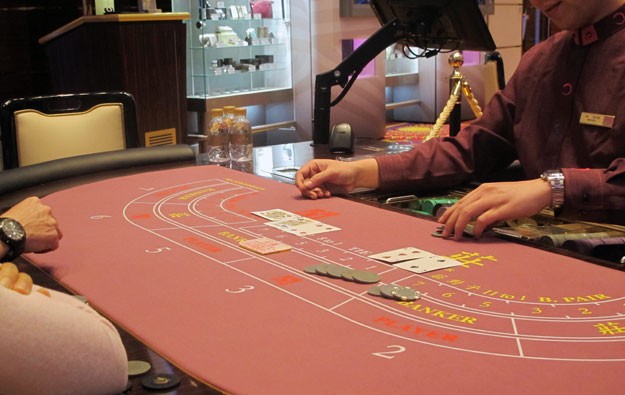 Casino gross gaming revenue (GGR) in Macau rose by 1.8 percent year-on-year in May, to approximately MOP25.95 billion (US$3.21 billion), according to data released on Saturday by the city’s regulator, the Gaming Inspection and Coordination Bureau.

May’s tally is the second time this year that the Macau casino industry reports monthly growth in terms of GGR. It followed two consecutive months of decline.

The latest result meant the Macau market’s GGR tally for the first five months of 2019 stood at about MOP125.69 billion, a year-on-year contraction of 1.6 percent.

The May GGR tally had been “helped by the extended Labour Day holiday” period celebrated in China that month, and “easy comps,” with the prior-year period, said a Sunday note from analysts DS Kim and Christopher Tang of JP Morgan Securities (Asia Pacific) Ltd.

The duo wrote that the 1.8-percent year-on-year GGR gain was “below the sell-side consensus estimate of +3 percent” adding that JP Morgan’s forecast had been +2-4 percent, though the pair also noted “it shouldn’t really matter at this point as Macau stocks already corrected by approximately 20 percent during May”.

Two other brokerages said prior to Saturday’s numbers that they expected GGR in Macau casinos to increase between 2 percent and 4 percent in May compared with the prior-year period.

Sanford C. Bernstein Ltd and Nomura’s Instinet LLC had stated in their respective notes that daily volume per day in the VIP market was tracking 16 percent to 18 percent higher than in April, and that the VIP market hold percentage was 3.1 percent to 3.2 percent. Their notes suggested also that GGR in the mass market was somewhere around 5 percent greater than in April.

Investment analysts had also said they expected to see an improvement in casino GGR performance in Macau given the lengthened Labour Day holiday in China, which was expected to bring higher tourist traffic to the city.

Macau’s casino gross gaming revenue (GGR) for the first five days of February is estimated at MOP1.9 billion (US$235.1 million) – or MOP380 million per day – a level that suggests a “45... END_OF_DOCUMENT_TOKEN_TO_BE_REPLACED