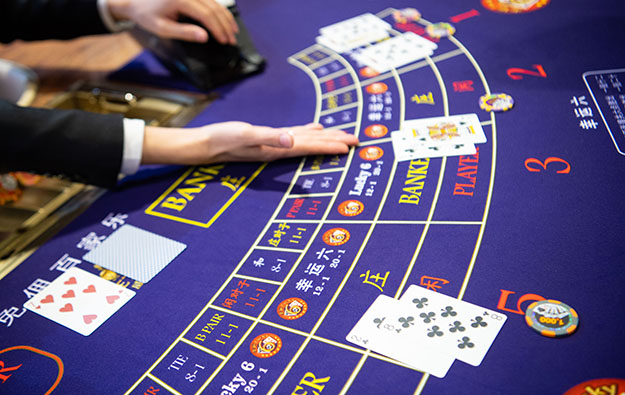 Casino gross gaming revenue (GGR) in Macau surged in the last days of the Chinese New Year holiday period, according to industry checks by two brokerages. The positive performance has continued into the post-festive period, noted the JP Morgan banking group and Sanford C. Bernstein Ltd, in separate notes on Monday.

“Chinese New Year tail-end demand was quite decent,” wrote DS Kim and Derek Choi from JP Morgan. “Based on our checks, GGR for the first 21 days of February is estimated at MOP5.8 billion [US$725 million] or MOP276 million per day, versus MOP250 million to MOP260 million in recent months.”

The analysts added that, according to their calculations, the GGR run rate for the third week of February had risen to MOP466 million per day. That, they said, was more than double the figure recorded in the previous two weeks.

Acceleration in demand had been “well expected,” wrote Messrs Kim and Choi. That was a reference to that fact that typically during that holiday period in most years, GGR for the first half of Chinese New Year is lower than for the remainder of the festivities.

This year, the second half of the Chinese New Year holiday period produced a “strong print that exceeded our and the market’s expectations,” which had been around MOP300 million per day to 400 million per day, the institution added. The figures were helped “partly by strong VIP luck and high mass holds”.

JP Morgan stated it was keeping its full-February GGR forecast for Macau’s casino industry at MOP7.5 billion to 7.6 billion, i.e., circa MOP270 million per day.

China’s State Council designated February 11 to 17 inclusive as the Chinese New Year holiday period for 2021. The week-long break – linked annually to the lunar calendar and also known as the spring “Golden Week” – is typically a peak period for travel in China, both for family reunion and leisure purposes.

The holiday is usually a busy period for Macau’s casino resorts and the city’s tourism trade. However, the number of visitor arrivals to Macau during this year’s Chinese New Year holiday period fell by 65.3 percent year-on-year, to 90,615, according to official data released on Thursday.

In its Monday note, Sanford Bernstein concurred that “Macau GGR increased significantly during the third week of February”, positively impacted by the last days of the Chinese New Year holiday period.

Analysts Vitaly Umansky and Tianjiao Yu estimated that full-February GGR should be down by around 70 percent compared to February 2019, i.e., pre-pandemic levels.

“Macau will continue to experience headwinds during the first half of 2021, but we see a strong improvement beginning in the second half as Covid-related travel constrictions begin to fall away,” the Sanford Bernstein team said.

Some Macau casinos visited by GGRAsia on Thursday, actually had tables that were closed, notwithstanding strong consumer demand during Chinese New Year (CNY). The reasons for some tables being... END_OF_DOCUMENT_TOKEN_TO_BE_REPLACED