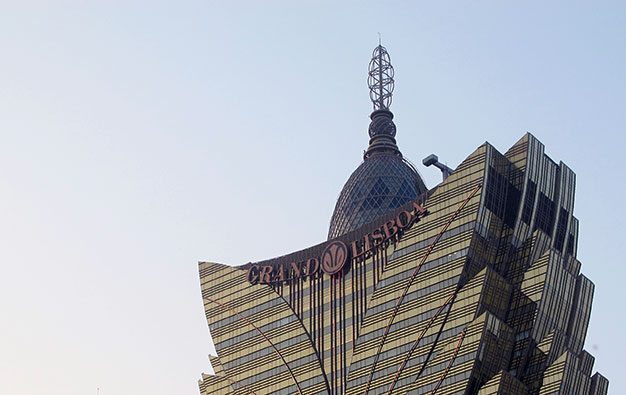 Macau casino operator SJM Holdings Ltd posted a net loss of HKD409 million (US$52.8 million) in the first quarter this year, according to unaudited highlights of the business filed to the Hong Kong Stock Exchange on Tuesday. That compared to a net profit of HKD850 million in the prior-year period.

The company said its operations in the three months ended March 31 had been “severely impacted by the Covid-19 outbreak,” which led to the closure of all Macau casinos for 15 days in February.

Ambrose So Shu Fai, vice-chairman and chief executive of SJM Holdings, said in a press statement accompanying the results highlights: “SJM Holdings’ first quarter results reflect the severe contraction in travel and tourism caused by the Covid-19 pandemic. We are optimistic, however, about the potential for our market to begin recovering later this year, particularly given the successful policies of the Macau and [China’s] central government authorities in controlling the outbreak.”

In an outlook included in its Tuesday filing, SJM Holdings highlighted nonetheless that “the Covid-19 outbreak will continue to have a material effect on the group’s operating results in 2020 and possibly beyond, the extent of which depends on future conditions and developments, including the progress of the outbreak, the lifting or extension of protective measures and the overall condition of the regional economy.”

SJM Holdings operates its casino hotel flagship, Grand Lisboa (pictured), on the city’s peninsula, and is still to open a Cotai property – the HKD39-billion Grand Lisboa Palace. Other self-promoted casinos include Casino Lisboa, Casino Oceanus at Jai Alai, including the casino area in the adjacent Jai Alai building, and Casino Taipa at the Regency Art Hotel. As at March 31, 16 gaming venues in Macau were managed by third parties but using the SJM Holdings’ gaming licence.

In its Tuesday announcement, the group said that, following the completion of construction work on Grand Lisboa Palace in late 2019, the firm had “began the inspection and application process with the Macau government”.

The group’s VIP GGR for the first three months this year was just under HKD1.20 billion, a decrease of 69.6 percent from the HKD3.94 billion achieved a year earlier.

Mass market GGR for the three months to March 31 was approximately HKD2.61 billion, down 57.9 percent from the more than HKD6.19 billion in the prior-year period.

SJM Holdings’ slot machine GGR in the first quarter of 2020 was HKD141 million, a decrease of 51.6 percent in year-on-year terms.

Mass-segment casino GGR market wide in Macau – including mass table games, slots and live multi game, a category of electronic table game using a live dealer – fell 59.7 percent year-on-year in the first quarter this year. VIP baccarat GGR was down by 60.2 percent in year-on-year terms, according to official data.

The group’s total revenue of nearly HKD3.48 billion in the first quarter 2020 included revenue from hotel, catering and related services amounting to HKD72 million, compared to HKD182 million in the prior-year period.

SJM Holdings posted group adjusted losses before interest, taxation, depreciation and amortisation of HKD200 million for the opening quarter of 2020. That compares with EBITDA of nearly HKD1.08 billion a year earlier.

Macau’s casino gross gaming revenue (GGR) for the first five days of February is estimated at MOP1.9 billion (US$235.1 million) – or MOP380 million per day – a level that suggests a “45... END_OF_DOCUMENT_TOKEN_TO_BE_REPLACED