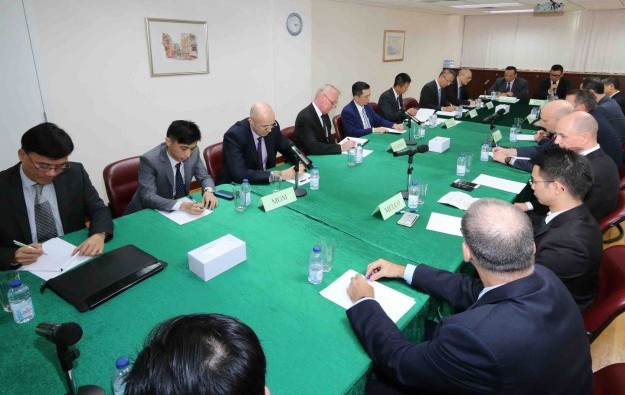 Macau’s six casino operators have agreed to work with the city’s Judiciary Police on how to cope with simulated “attack” on the city’s gaming sector. A Monday press release from the government neither used the word “terrorism” regarding the simulation, nor clarified whether the operators would take part in a single simulation exercise, or on a company-by-company basis.

The 2017 Asia Risk Assessment from Steve Vickers and Associates Ltd, a specialist risk mitigation, corporate intelligence and risk consulting company based in Hong Kong, said that the Macau casino industry was “vulnerable” to the threat of terrorism.

Monday’s Macau government statement referred to a “gunman attack and arson” that took place in a “neighbouring country” – understood to be a reference to the lone-gunman attack on Resorts World Manila in the Philippines in June – and also referred to the shootings on the Las Vegas Strip in the United States earlier this month. The events claimed in aggregate more than 94 lives, and in the short term caused some damage to the image of those local casino industries, industry commentators have said.

Chau Wai Kuong, director of Macau’s Judiciary Police, indicated in Monday’s statement that Macau had “relatively lower” risk of attack, but should not be complacent.

The Macau authorities’ Monday announcement also made reference to the fact that each of that city’s casino operators had been asked to set up a “special action team”, with access to “protective equipment”. The Chinese-language version of the release didn’t clarify if that was on a per-venue basis. GGRAsia approached the Judiciary Police for clarification also of what was meant by protective equipment and whether it included weapons of some description, but had not received a reply by the time this story went online.

“The purpose [of such teams] is that when encountering any ad hoc incident, the situation could be handled speedily before the police arrived on site,” Mr Chau was quoted as saying, adding this could help reduce “the risk of injury or even death”.

The joint Monday press statement by the Judiciary Police – the organisation responsible for casino security in Macau – and the local casino regulator, the Gaming Inspection and Coordination Bureau, related to a closed-doors meeting with the casino operators (pictured) held on October 11.

“The Judiciary Police have suggested that, in collaboration with the Gaming Inspection and Coordination Bureau, a simulation of attacks on the casinos should be conducted in the short term,” said the statement.

It added this was “so that the frontline workers of casinos are more skilled in handling ad hoc incidents, and that the operation of the existing coordination and reporting mechanism as well as all equipment can be tested.” It didn’t specify what that existing mechanism was.

“All the casino representatives have agreed to the proposal of conducting a drill, and will soon liaise with Judiciary Police regarding the details,” noted Monday’s announcement.

According to Monday’s announcement, the October 11 meeting was called so that the operators could update the government on what measures the firms were taking in light of the “gunman attack and arson” in a “neighbouring country” as well as the Nevada attack.

Paulo Martins Chan, director of the gaming bureau, was indirectly quoted in the Monday statement as saying all local operators were “in the process of installing metal detector gates” at the “entrances” to casinos. It didn’t clarify whether some operators had already been using such equipment prior to the October 11 meeting.

GGRAsia asked the casino regulator to clarify the timetable for the installation of metal detectors, but had not received a reply by the time this story went online.

The use of “handheld detectors” should be adopted by casino operators that have “not yet” completed installation of metal detector gates at the entrances of their gaming venues, Mr Chan was cited as saying in the statement.

“Large luggage” had already been banned from casino floors by the operators, the statement noted, referring to an update at the October 11 meeting. The operators had also indicated they were giving security staff “extra physical training” and training in identifying suspicious persons.

Philippine gaming investor Leisure and Resorts World Corp reported a net loss of nearly PHP222.4 million (US$4.2 million) in the first three months of 2022, up from PHP125.6 million a year earlier.... END_OF_DOCUMENT_TOKEN_TO_BE_REPLACED