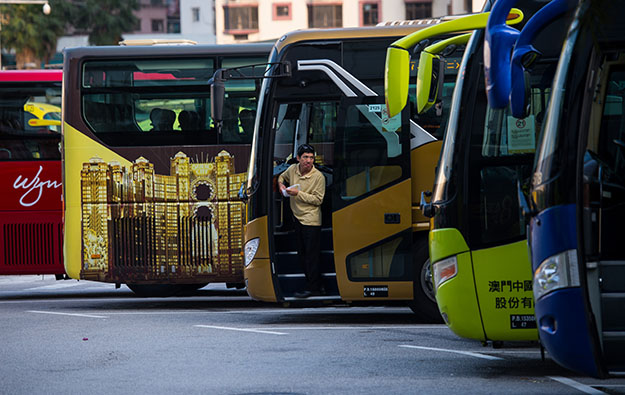 Macau’s six casino operators are to introduce what they term “new energy” or electric shuttle bus services for customers, according to a joint press statement released by them on Thursday.

A trial of the new shuttle buses will be held on the “Cotai Connection” route which links only properties located around the Cotai Strip, said the release, but did not specify the start date.

“To further improve the city’s traffic and promote environmental concepts, the six operators…have made a commitment to the transport bureau of Macau that at least 15 percent of each operator’s passenger buses will be new energy/electric by May 2018,” said Thursday’s joint statement.

“It is expected that the new energy/electric shuttle bus services will optimise Macau’s transportation, enhance the overall environment for residents and visitors, and support Macau’s development into a world-class capital of green tourism,” added the announcement.

China’s central government has been keen to address the issue of air pollution in cities across China. Beijing announced in September wide-ranging regulations that will require – from 2019 onward – carmakers to meet higher production quotas for battery-powered cars.

Galaxy Entertainment Group Ltd, operator of the Galaxy Macau and Broadway Macau venues on Cotai; Melco Resorts and Entertainment Ltd, which wholly controls City of Dreams Macau and is 60-percent owner of the Studio City resort on Cotai; and Sands China Ltd, which runs the Venetian Macao, the Plaza Macao and Sands Cotai Central on Cotai, launched Cotai Connection in June last year.

MGM Cotai, the new Macau property promoted by MGM China, is to open on January 29.

Macau is to create distinct zones on its casino floors and designated gambling chips that will be solely for the use of players from overseas. The moves will be part of a new gaming tax system to... END_OF_DOCUMENT_TOKEN_TO_BE_REPLACED