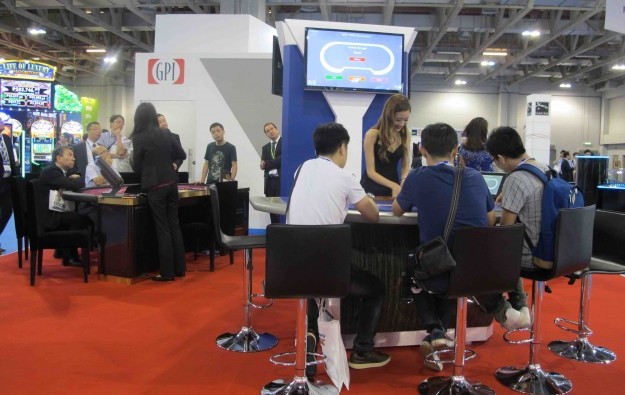 Gaming Partners International Corp (GPI) – a supplier of casino currency and table gaming equipment – reported net income of US$3.4 million for the fourth quarter of 2015 on revenues of US$23.5 million.

The results compared with net income of US$2.2 million on US$19.9 million in revenue for the fourth quarter of 2014.

The 18.1 percent year-on-year increase in revenue was “primarily due to a new casino opening in Macau” in the three months ended December 31, the firm stated in a Thursday press release. The Nasdaq-listed company did not disclose the name of the casino.

Studio City – majority-owned by casino operator Melco Crown Entertainment Ltd – was the only casino resort to open in Macau during the last quarter of 2015. The US$3.2-billion property was inaugurated on October 27.

GPI stated that the increase in net income for the fourth quarter was “primarily attributable to a gain of US$1.3 million” on the sale of the building and land that housed its old headquarters in Las Vegas, Nevada, in the United States.

“Primary factors contributing to the increase in revenue and net income for the year were the successful integration and leveraging of our 2014 acquisition of Gemaco Inc, and new casino openings in Asia,” GPI said.

Revenue from the Asia-Pacific region was US$21.3 million, down slightly by 0.3 percent in year-on-year terms, the firm stated in its 2015 results report filed with the U.S. Securities and Exchange Commission. Last year, GPI’s Asia-Pacific operations accounted for 27.3 percent of the company’s overall revenue.

Looking into the future, GPI said: “In the Asia market, we are still seeing volatility based on table game allotments in Macau, where the pace of growth has become far less certain than in past years.”

It added: “This could be offset by growth in other markets such as Australia and the Philippines.”

GPI also stated in its results report that in December 2015 it started legal proceedings in Hong Kong against a former employee of its European subsidiary and Dolphin Products Ltd. The firm said that the former worker allegedly “breached the confidentiality provision of his severance agreement by divulging GPI trade secrets to a competitor,” which GPI identified as Dolphin Products.

Macau’s casino gross gaming revenue (GGR) for the first five days of February is estimated at MOP1.9 billion (US$235.1 million) – or MOP380 million per day – a level that suggests a “45... END_OF_DOCUMENT_TOKEN_TO_BE_REPLACED