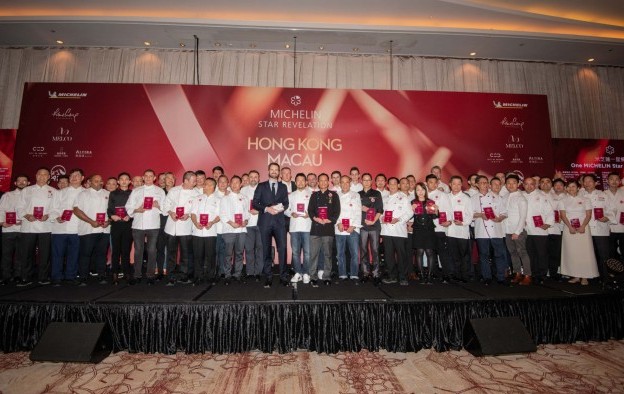 Sichuan Moon, a Chinese-cuisine restaurant at Macau casino resort Wynn Palace, has leapt straight to two Michelin stars in the 2020 edition of the “Michelin Guide Hong Kong Macau”. The new edition of the guide was announced on Tuesday.

Sichuan Moon’s food is based on the gastronomy of that mainland China province and the venue opened earlier this year at the property, which is run by Wynn Macau Ltd.

Wing Lei, an eatery at Wynn Macau, the casino group’s other resort on the city’s peninsula, jumped from one star to two stars in the latest edition of the Michelin guide.

Jade Dragon, a Cantonese restaurant at City of Dreams Macau, a property run by Melco Resorts and Entertainment Ltd, also kept its three Michelin stars, first awarded in the 2019 version.

The Macau establishments retaining two Michelin stars for 2020 were: “Alain Ducasse at Morpheus”, described as a “French contemporary” eatery at the Morpheus hotel tower, also at City of Dreams; Feng Wei Ju, a Sichuan-style Chinese restaurant at Galaxy Entertainment Group Ltd’s StarWorld Macau; Golden Flower, a Chinese restaurant at Wynn Macau resort; Mizumi, a venue specialising in Japanese cuisine and based at the same property; and The Tasting Room, a French contemporary restaurant at City of Dreams Macau.

China has moved one step closer towards reopening, by relaxing some its Covid-19 control measures, with most infected people now able to quarantine at home rather than in state-sanctioned... END_OF_DOCUMENT_TOKEN_TO_BE_REPLACED