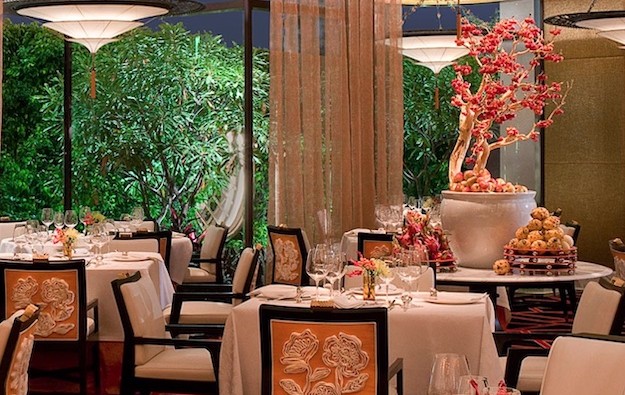 The 2022 tally of two-star eateries has fallen by one, meaning there are now five of them.

The aggregate of one-star restaurants has slipped by two, so there are now seven such establishments.

Golden Flower (pictured), a Chinese restaurant at the Wynn Macau casino resort run by Wynn Macau Ltd – and which was last year listed as a two-star establishment – is still recommended in the guide, but no longer has a star rating.

Tim’s Kitchen which last year had one star, and was located at SJM Holdings’ Hotel Lisboa on Macau peninsula, is now closed, and is no longer mentioned on the hotel’s website.

The other one-star restaurant from 2021 now off the list entirely is The Golden Peacock, an Indian-cuisine restaurant at Sands China Ltd’s Venetian Macao casino resort on Cotai. According to the latter’s website, the eatery is “closed until further notice”.

For the Michelin Guide Hong Kong Macau 2022, the three-star Macau restaurants are: Jade Dragon at City of Dreams, a Melco Resorts and Entertainment Ltd property; and Robuchon au Dôme and The Eight, both at Grand Lisboa, an SJM Holdings resort.

Macau’s two-star eateries for 2022 are: Alain Ducasse at Morpheus, City of Dreams; Feng Wei Ju at StarWorld Hotel, a Galaxy Entertainment Group Ltd property; Mizumi and Wing Lei, both at Wynn Macau; and Sichuan Moon at Wynn Palace, the sister property on Cotai.

Macau recorded 965 “gaming-related” crimes in full-year 2022, down 29.7 percent on the 1,372 identified in the previous year, according to the latest statistics published on Tuesday by... END_OF_DOCUMENT_TOKEN_TO_BE_REPLACED