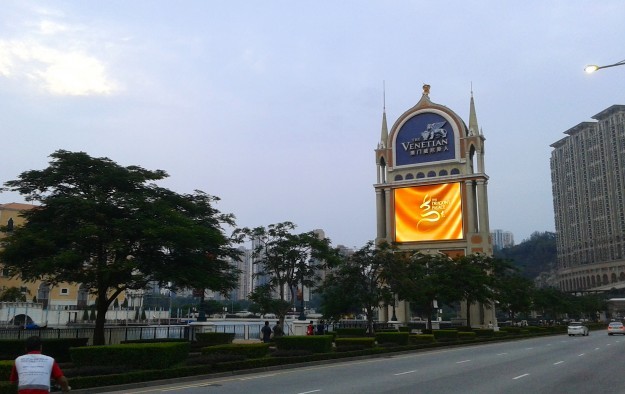 Several Macau casino operators have cut back their advertising costs to 2012 levels as they grapple with the gambling market downturn, said a report on Tuesday from Morgan Stanley group.

“With no signs of [market] bottoming and limited visibility, management have no choice but to focus on cost cutting. Cost cutting measures have intensified in the last six months after companies realised that some of the revenue losses are permanent,” said the report from analysts Praveen Choudhary and Alex Poon in Hong Kong and analyst Thomas Allen in New York.

Brokerage Wells Fargo Securities LLC said in a note in early September it had heard bearish views expressed about Macau VIP gambling after meetings in Las Vegas with senior executives from casino firms with Macau operations.

Macau has experienced 15 consecutive months of decline in casino gross gaming revenue (GGR) judged year-on-year. Casino GGR for the first eight months of the year was tracking at an aggregate 36.5 percent fall from the equivalent period in 2014.

Morgan Stanley said that while it assessed the Macau operators’ staff costs as the biggest portion of controllable costs – representing 60 to 70 percent of total operating costs excluding tax and junket commissions – it noted that “inability to cut local staff, …5 percent per annum [salary] increment and two months bonus per annum have made this cost cutting exercise a lot more difficult than [in] many other industries”.

In Macau, the government has a policy of reserving casino dealer jobs for Macau identity card holders. On May 1, several local labour groups representing casino workers held rallies in Macau calling for higher salaries and demanding tighter restrictions on imported labour in the gaming sector.

The city’s overall unemployment rate for the May to July period was 1.8 percent, according to data from the Statistics and Census Service.

Morgan Stanley said in its Tuesday report: “Many [Macau casino] companies mentioned about staff attrition due to excess labour [in existing operations] and opening of new casinos in Cotai. However, only Sands China [Ltd] has seen a material decline of full-time employees by 11 percent or 3,000 staff half-on-half by end of June 2015. Staff numbers for other companies have barely moved as they need to keep excess staff for Cotai expansion.”

Morgan Stanley stated most Macau gaming operators had cut advertising costs “meaningfully” in the first half of 2015.

“Sands [China], Wynn [Macau Ltd] and MGM [China Holdings Ltd] cut their advertising costs by 14 percent, 22 percent and 27 percent year-on-year respectively, in the first half of 2015,” said Mr Choudhary and his colleagues.

“MGM benefited the most as its advertising costs as a percentage of EBITDA [earnings before interest, taxation, depreciation and amortisation] was 12.5 percent, versus 6.4 percent for Sands and 4.7 percent for Wynn Macau in the first half of 2015,” the analysts added. They noted MGM China and Wynn Macau had seen advertising spend returning to “first half 2012 levels” while Sands China’s “was back to second half 2013 levels”.

Most of Macau’s casino operators are likely to generate positive free cash flow in the first quarter, given the robust recovery level of mass-market gross gaming revenue (GGR) in January, relative... END_OF_DOCUMENT_TOKEN_TO_BE_REPLACED