Macau casinos’ trade with local SMEs worth US$88 mln 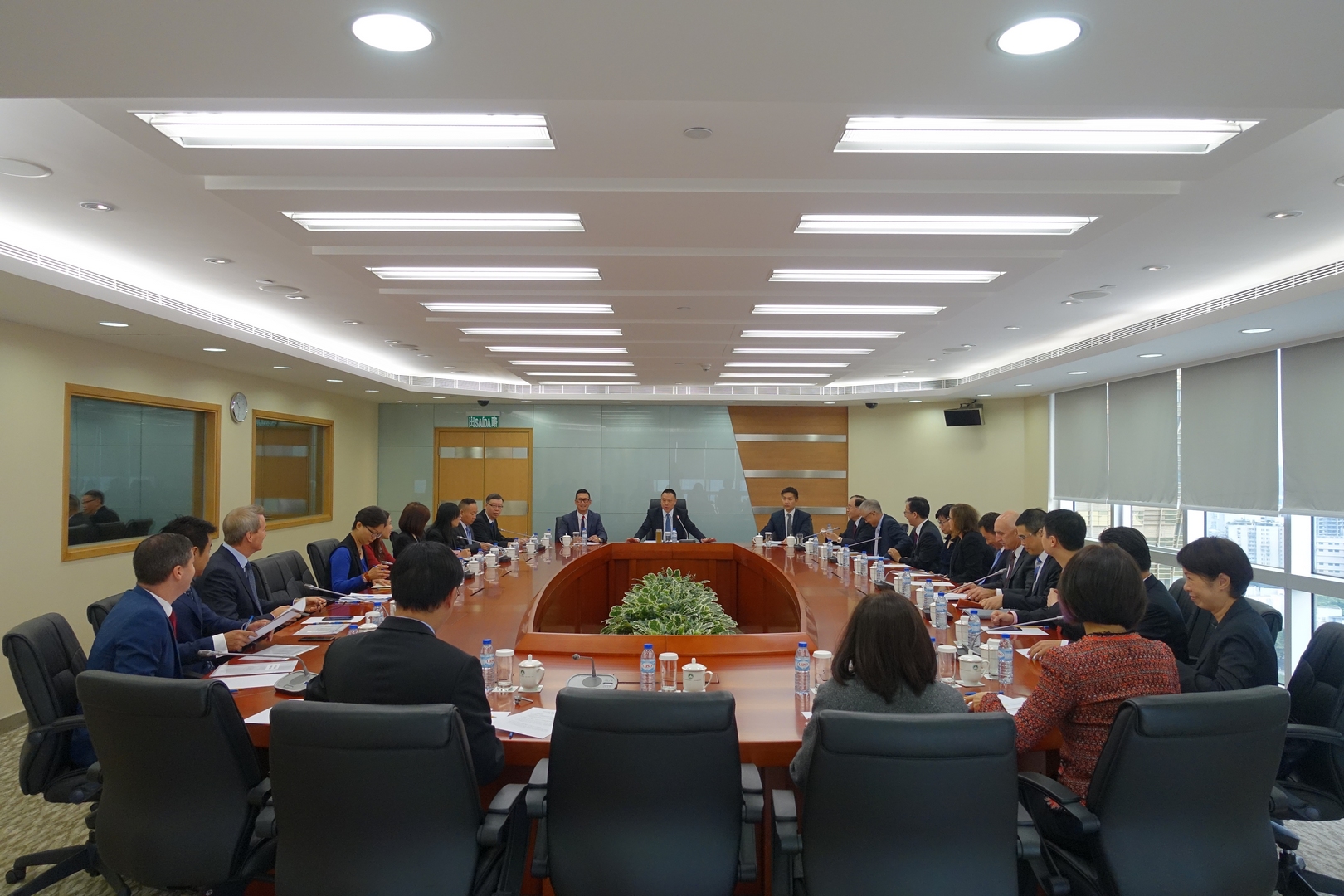 Macau’s six licensed casino operators have procured – since the beginning of 2016 – services and products from local small- and medium-sized enterprises (SMEs) worth about MOP700 million (US$87.5 million).

The figure was jointly provided by the Macao Chamber of Commerce and the city’s six casino operators during a recent meeting (pictured) they had with Macau’s Secretary for Economy and Finance, Lionel Leong Vai Tac. A government press release announced the figure, but did not mention the date of the meeting.

The Macao Chamber of Commerce in 2015 launched what it termed an SME procurement partnership programme in order to promote business-matching sessions between gaming operators and local suppliers.

The government release stated that more than 400 local SMEs had established business relationships with one or more Macau-based casino operators via the programme so far in 2016. The total value of the products and services acquired under this scheme since January by the six operators was worth approximately MOP700 million, according to the release.

In the Macau government’s policy address for 2017 – delivered last week – the city’s Chief Executive Fernando Chui Sai On said that the administration would continue to encourage the use by casino operators of more services and products from local SMEs.

The Macau government has stated previously that it would look into how each casino operator forms partnerships with local SMEs – among other factors – before deciding on new-to-market live gaming table allocation for each new gaming property launched.

In the meeting with the secretary, all parties agreed further to improve the procurement partnership programme and to provide more information to local SMEs involved, the government release said.

The decision by the Macau government to grant fresh 10-year licences to each of the city’s six incumbent casino operators has been welcome by top management at those firms. Each of the concessions... END_OF_DOCUMENT_TOKEN_TO_BE_REPLACED