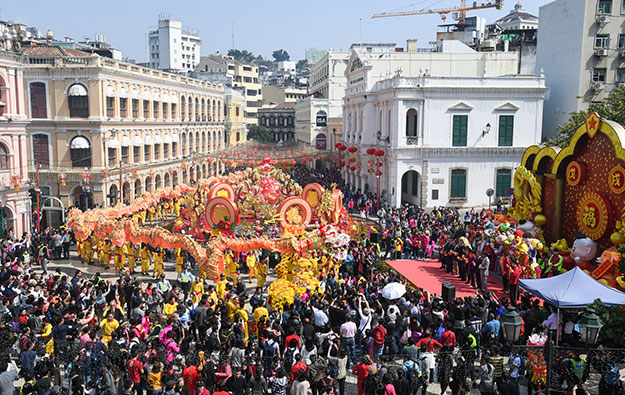 The total number of tourist arrivals to Macau from February 15 to February 18 inclusive rose by 10.0 percent compared to the equivalent period of Chinese New Year in 2017. The total tally stood at 500,404, according to figures reported by the Macao Government Tourism Office.

The first day of the current Chinese New Year fell on February 16 (Friday).

A total of 70.8 percent of the arrivals in the period – amounting to 354,047 instances – were by visitors from mainland China, representing a year-on-year increase of 18.5 percent for that group.

Maria Helena de Senna Fernandes, the head of the Macao Government Tourism Office, forecast last week that the number of tourists visiting Macau during the Chinese New Year holiday period would “increase in the range of 1 percent to 3 percent” compared to the equivalent period in 2017.

Package tours from mainland China to Macau will resume on Monday, February 6, confirmed Macau’s Secretary for Economy and Finance, Lei Wai Nong, in a Friday press conference. The return of package... END_OF_DOCUMENT_TOKEN_TO_BE_REPLACED