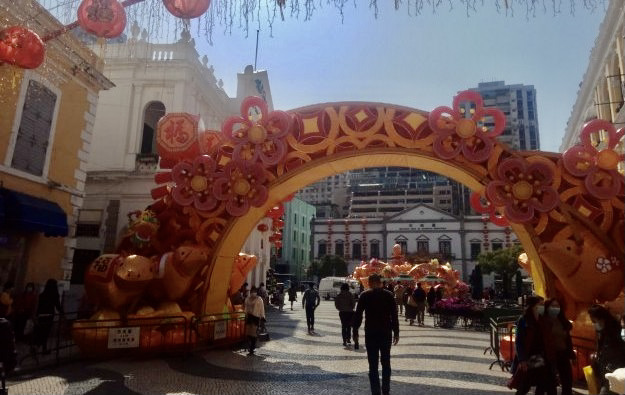 Chinese New Year (CNY) tourism to Macau from mainland China is likely to be “soft”, says brokerage Sanford C. Bernstein Ltd, due to a combination of consumer concerns about Covid-19 infections on the mainland, and advisory notices from some local governments there for citizens not to travel during the festive period.

Macau casino gross gaming revenue (GGR) “declined materially” in the period January 18 to 24, as travel from mainland China “came under pressure due to rising Covid[-19] contagion,” suggested a Monday note from the brokerage.

They added: “The travel impediments will lead to reduced visitation into Macau for the next few weeks at least, with Chinese New Year visitation being impacted, as we have already highlighted.”

The director of the Macao Government Tourism Office, Maria Helena de Senna Fernandes, said in comments to local media on Saturday that Macau could see on average per day, a lower visitor-arrival tally during the upcoming February Chinese New Year break, when compared to the Christmas-holiday daily average in the December.

This year, a number of local governments in mainland China has urged citizens “to minimise” trips outside their province or city for the upcoming holiday season, as a countermeasure regarding Covid-19.

Sanford Bernstein said it estimated – based on “channel checks” – the prior week’s average daily rate of GGR had “dropped meaningfully compared to earlier in January”.

Such daily GGR was, it estimated, MOP171 million (about US$21.4 million), which the brokerage said was down about 71 percent year-on-year, and down about 32 percent even when compared to December.

“Last week’s average daily rate was the softest since the week after October Golden Week, as customer travel has been reduced,” due to Covid-19 concerns, stated Sanford Bernstein.

It added that, month-to-date, VIP gambling daily average volumes in Macau were estimated to be down “7 percent to 10 percent month-on-month,” with slightly higher than normal win rate.

Mass-market gambling GGR was estimated by the institution to be down “3 percent to 5 percent month-on-month”.

Paradise Co Ltd, an operator of foreigner-only casinos in South Korea, reported casino revenue of nearly KRW48.65 billion (US$39.8 million) for January 2023, according to a Thursday filing to the... END_OF_DOCUMENT_TOKEN_TO_BE_REPLACED