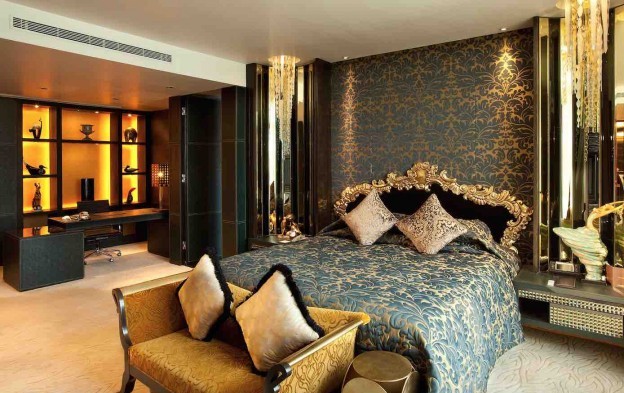 Occupancy rates went up at Macau hotels of every category during the Chinese New Year Golden Week holiday, compared to the prior-year holiday period. But room rates fell in all hotel categories, indicated a Tuesday press release from the Macao Government Tourism Office.

The average room rate for three- to five-star hotels in Macau dropped 17.2 percent to approximately MOP1,673 (US$209) in the holiday season from February 7 to 13 inclusive, said the tourism office.

For five-star hotels, many of them located in the city’s casino resorts, the average room rate went down 12.2 percent to approximately MOP2,151.

Only guest house rooms showed a slight improvement in rates compared to the prior-year holiday period, up 1.7 percent to MOP738.

The tourism office said that as of this week, there were a total of 33,047 rooms of all types in the Macau hotel and guest house market.

Guest house occupancy was 75.6 percent, up slightly by 1.6 percentage points.

“Very tight supply of hotel rooms continued over the entire course of the peak season, partially due to a very early bulk selling of hotel rooms to travel agents. As a result, a number of junket operators indicated their inability to obtain requested allocation of hotel room from the casino operators,” said analysts at Daiwa Securities Group Inc in a note on Monday.

Between February 7 and 13, the number of visitors from Greater China went up 4.7 percent from the 2015 holiday season, to one million arrivals, accounting for 94.4 percent of all arrivals, said the tourism office. The preliminary arrival figures quoted by the tourism office also include migrant workers and other people living in Macau under different visa arrangements.

During the period there were nearly 800,000 visitors from mainland China. They were 73 percent of total arrivals, a 4.3 percent increase on the prior-year holiday. Visitor numbers from Taiwan rose 42.7 percent – to a record 24,000. The number from Hong Kong surpassed 190,000 with an increase of 2.6 percent. Visitor arrivals from international markets climbed 4.4 percent on the 2015 holiday period, to 60,000.

The operator of Macau International Airport said in a Monday press release that from February 8 to 14 the facility welcomed 160,000 passengers and handled 1,200 flight movements, representing growth of 23 percent and 6 percent respectively comparing to the prior-year holiday period.

The airport management said on February 13 the airport set an all-time record for daily passenger volume and flights, with 29,000 passengers processed and 204 flight movements.

“We believe the larger tourism arrivals in Macau reflect favourably on Macau’s focus to diversify its economy and develop itself into a destination market. It would also bode well for Macau gaming’s paradigm shift that is increasingly driven by mass over the long run,” said a note on Monday from brokerage Sanford C. Bernstein Ltd.

Most of Macau’s casino operators are likely to generate positive free cash flow in the first quarter, given the robust recovery level of mass-market gross gaming revenue (GGR) in January, relative... END_OF_DOCUMENT_TOKEN_TO_BE_REPLACED