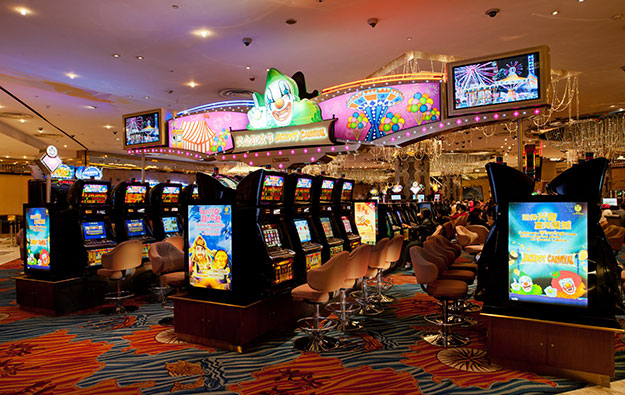 Mr Bain also noted that “average daily GGR actually declined 6 percent during the Chinese New Year holiday versus the previous seven days leading up to it, which some checks state is due to a player perception for increased mainland [Chinese officials'] scrutiny of higher-end spending activity during the time period (and smaller aggravating factors, such as smoking restrictions).”

The first day of Chinese New Year was Thursday, February 19. According to data from the city’s Public Security Police, total arrivals to Macau – excluding Macau residents – during the first five days of Chinese New Year were up 3.0 percent year-on-year to almost 781,000.

The figures, published on the website of the Macau Government Tourist Office, show that mainland Chinese accounted for 73.9 percent of all arrivals during the period, up by 5.7 percent year-on-year. The data however include other arrivals to the city, such as of Macau imported workers and overseas students.

Japanese brokerage firm Nomura confirmed a drop in Macau’s daily GGR for the period of February 16 to 23.

“We are disappointed by the weak results since the data include the results from the first five days of Chinese New Year, which is typically the busiest period of the holiday,” a trio of Nomura analysts led by Harry Curtis said in a note on Tuesday.

They added: “While casino traffic and hotel occupancy are still decent, business for non-tier one junket has essentially dried up due to the well-documented regulatory and liquidity issues… We don’t expect any meaningful recovery for the rest of the Chinese New Year or post-Chinese New Year.”

The U.S.-based analyst added: “Notably, there were a number of mass tables empty on the third and fourth days of Chinese New Year. Traffic was described as ‘spotty’ despite a number of low limit (HKD300/US$39) tables being reintroduced.”

“We now estimate February revenue to be down around 50 percent to 55 percent year-on-year, and January-February combined down 36 percent to 39 percent; weaker than -30 percent in December 2014,” the UBS analysts wrote in a note on Tuesday.

“While a large negative decline for February is well anticipated, the market’s initial expectations were closer to 35 percent to 40 percent,” Mr Wong and Mr Chan added.

Credit Suisse AG pointed out that GGR in Macau “is sequentially weakening with no sign of bottoming yet”, with the first quarter of 2015 trending for a 16-percent quarter-on-quarter decline. That led analysts Kenneth Fong and Isis Wong to again trim their Macau GGR forecast for full-2015 from a drop of 6 percent to a decline of 21 percent.

Macau casino operator MGM China Holdings Ltd had a “record” market share in January, and its venues were the “highest-earning businesses” in the portfolio of the majority owner MGM Resorts... END_OF_DOCUMENT_TOKEN_TO_BE_REPLACED