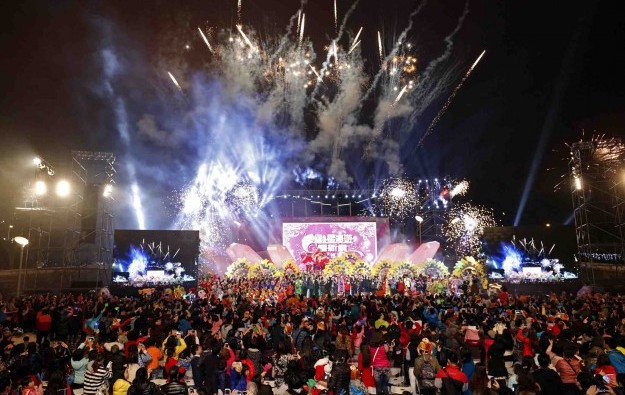 Visitor arrivals to Macau during the week-long Chinese New Year holiday period were up by 4.04 percent from a year earlier. Preliminary figures from the city’s Public Security Police show Macau welcomed just over 1.22 million visitors between February 7 and February 14 inclusive.

But investment analysts have queried whether a spike seen in gambling volumes during the period – a phenomenon commonly associated in Macau with holiday surges in tourist numbers – can provide any momentum for the rest of the month.

Brokerage Daiwa Securities Group Inc suggested in a note on Monday there was a “strong ramp up” in casino gross gaming revenue (GGR) beginning on the third day of Chinese New Year (February 10).

“This gives us confidence that an implied ADR [average daily rate] of [above] MOP800 million [US$99.7 million] during this Lunar New Year may be achievable, as we had indicated in the past,” said analysts Jamie Soo, Adrian Chan and Jennifer Wu.

The Daiwa team however noted that the real test regarding the impact of this year’s Chinese New Year on Macau’s casino industry “is whether a prolonged impact of a higher post-peak season ADR will hold”. For the full month of February, the brokerage expects market-wide GGR to come in at MOP18.5 billion, representing a decline of 4 percent year-on-year.

Tourists from mainland China accounted for 793,598 visitors to Macau from February 7 to 13 inclusive, up by 4.3 percent over the corresponding holiday period last year, according to official data.

The director of the Macao Government Tourism Office, Maria Helena de Senna Fernandes, told reporters on Monday that the aggregate figure of all visitors for the holiday period was higher than expected.

The annual holiday is usually a peak season for the city’s casino industry as hundreds of thousands of mainland Chinese tourists take advantage of the week-long break to visit Macau.

But the number of mainland visitors coming to Macau on tour packages went down from the corresponding holiday period last year, according to the tourism office.

“It’s inevitable to have some sort of impact as everybody knows that most of the joint tours are mainly for Hong Kong and Macau, so we have to strengthen the promotion to individual visitors in the future because we have such convenient transportation system nowadays, especially the railways,” Ms Senna Fernandes said, quoted by public broadcaster TDM.

“We believe we’ll be able to attract more tourists to travel to Macau individually,” she added.

Some investment analysts suggested that despite the strong tourist arrival figures during this year’s holiday period, casino GGR was “not as strong as expected”.

“Our channel checks indicate that Macau’s GGR for the first 14 days in February (Feb 1-14) was [circa] MOP8.8 billion, implying an ADR of MOP628 million, [about] 4 percent higher than January ADR of MOP602 million,” said a note from brokerage Sanford C. Bernstein Ltd in Hong Kong.

“We view the month-to-date GGR not as strong as expected, given it includes the Chinese New Year Golden Week. We estimate that the strength in GGR during the latter part of CNY Golden Week was offset by the slow start of the month prior to CNY holiday (which officially started on February 7),” said analysts Vitaly Umansky and Simon Zhang.

Sanford Bernstein forecasts a year-on-year decline of between 7.4 percent and 8.9 percent in casino GGR for the full month of February. “This would be the first time since September 2014 that GGR fell by [a] single digit percentage,” said Mr Umansky and Mr Zhang.

Japanese brokerage Nomura said in a note on Tuesday that Macau’s casino gaming revenue in January and month-to-date February “is tracking slightly ahead” of its forecast. The brokerage expected a 23 percent year-on-year decline for the first quarter of 2016, versus a 21 percent decline in January and a “6 percent to 10 percent expected decline in February”.

“That said, we would highlight the rising risk of demand disappointment with the weakening renminbi and China’s macro economy,” said the Nomura team, referring firstly to China’s currency.

Macau’s casino gross gaming revenue (GGR) for the first five days of February is estimated at MOP1.9 billion (US$235.1 million) – or MOP380 million per day – a level that suggests a “45... END_OF_DOCUMENT_TOKEN_TO_BE_REPLACED