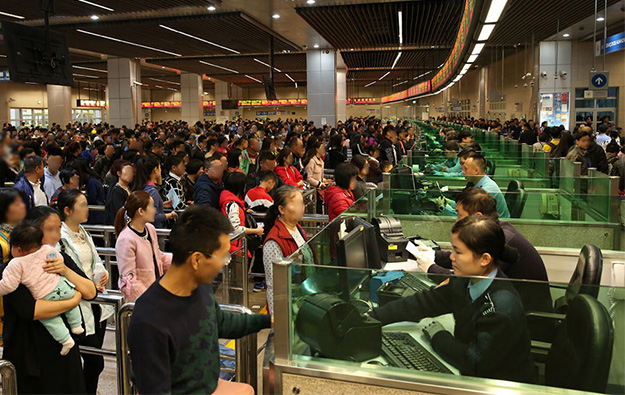 The Macau government confirmed on Monday that soon people entering or leaving the city with cash or other “negotiable monetary instruments” valued at MOP120,000 (US$15,000) or more, will have to sign a declaration form to that effect and submit it to the Macau Customs Service.

The amount to be declared was set out in a dispatch from Macau’s Chief Executive, that was published in Monday’s edition of the government’s Official Gazette.

Macau’s Legislative Assembly approved in late May a government-proposed bill introducing a currency declaration requirement for all travellers to and from the jurisdiction. The new law will become effective on November 1, 2017.

The move, the government said at the time, would help fight the risk of money laundering in the city.

The bill approved in May did not set out the trigger amount for border money declarations, instead designating that responsibility to the Chief Executive. But government officials had flagged prior to the bill’s passage that the city’s authorities planned to set the trigger amount at MOP120,000.

The legislation states border cash declarations are compulsory for people entering Macau. Those leaving Macau are only required to report whether they are carrying cash or other “negotiable monetary instruments” above the trigger amount if questioned on the topic by a Macau customs agent. Examples of negotiable monetary instruments include cheques payable to the holder, travellers’ cheques or gold coins.

Submitted declaration forms will be kept for five years by customs. After that time, the declarations will be destroyed if no suspicion of wrongdoing has come to the attention of the authorities.

Those who fail to comply with the reporting rules can incur fines ranging from MOP1,000 up to MOP500,000.

A recent focus for the Macau government has been tighter controls on the large volumes of money flowing through the city, especially via VIP casino gambling. Such play is typically funded by credit issued by government-licensed gaming promoters – commonly referred to as junkets. They also arrange – via agents and sub-agents – collections on player gambling losses.

According to Sanford Bernstein analysts Vitaly Umansky, Zhen Gong and Yang Xie, the warning was “not a harbinger of doom, but should be viewed as a highlight of the continued risk that China’s continued focus on capital outflows poses to Macau gross gaming revenue (in the VIP and high-end premium mass segments).”

They added: “While the Chinese authorities run ongoing investigations into fund transfers, numerous bank accounts come under scrutiny and are occasionally frozen. The warning largely reiterated the risk. The exact purpose of the [Suncity] warning is not clear at this stage. It may be for purposes of reminding agents and players about the need to be vigilant.”

Residents of mainland China are only allowed to take a daily limit of RMB20,000 (US$2,953) across the jurisdiction’s borders.

Macau’s casino gross gaming revenue (GGR) for the first five days of February is estimated at MOP1.9 billion (US$235.1 million) – or MOP380 million per day – a level that suggests a “45... END_OF_DOCUMENT_TOKEN_TO_BE_REPLACED