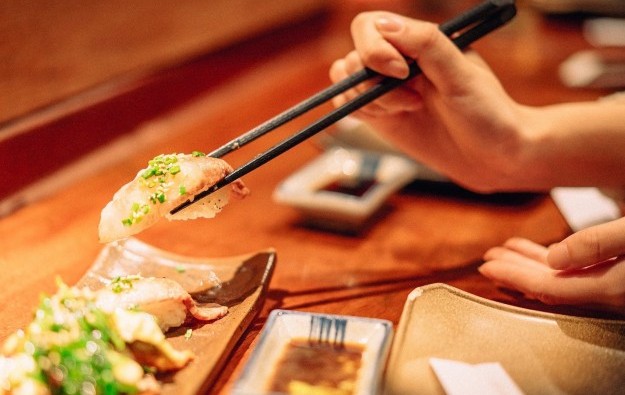 Macau’s so-called consumption subsidy scheme is having some benefit for the city’s casino resort food and beverage (F&B) outlets, say several local commentators approached by GGRAsia. The scheme was designed to help local small businesses recover from the economic effects of the Covid-19 pandemic by putting more spending money in the pockets of local people.

In February Lei Wai Nong, the city’s Secretary for Economy and Finance, had mentioned that the government would give each holder of a Macau ID, a card with a stored value of MOP3,000 (US$375.70), amounting in aggregate to MOP2.2-billion worth of vouchers – to be used within Macau up to the end of July.

That was followed with the announcement in April that a further MOP5,000 would be added to each card, to be used in the city between August and December. The latter measure was part of a MOP10-billion government stimulus package for the local economy. The overall initiative did not include specific help to the city’s six casino licensees, but was instead aimed at local “employees, residents and SMEs [small and medium-sized enterprises]“.

“Frankly these big companies… have accumulated much wealth over the years and I believe they have the conditions to sustain their operation and protect [local] employment,” Mr Lei stated in comments in April.

Catering outlets at some of the city’s casino resorts – some of them owned independently of the casino firms – have nonetheless been presenting offers compatible with the MOP300 daily spending limit under the consumption subsidy scheme.

The initiative is being delivered via a stored-value card system already operated by Macau Pass SA. The card system is already commonly used for bus travel and grocery shopping. The first phase of the subsidy scheme is applicable from May 1 to July 31, a period when the city’s tourism industry is still likely to be in recovery mode from the various travel restrictions around the region.

“The consumption card has helped local catering businesses in structuring their discount campaigns to lure customers, including those inside the casino resorts,” remarked Fong Kin Fu, a vice director at local catering trade group, the United Association of Food and Beverage Merchants of Macau, in comments to GGRAsia.

The city’s Economic Bureau said on May 11 that between May 1 and May 10, a total of MOP568 million was spent on various services via the consumption cards: just over 23 percent of that went to catering businesses, making the sector the biggest-single beneficiary within the local economy.

The “consumption ambience” did “improve a bit” after the scheme started, restaurateur Mr Fong noted. “But the situation now is that local people are not necessarily spending much more than usual with the card. Many people now have less income, including the gaming workers that now see reduced salaries or are on non-paid leave” due to the tourism slump amid the pandemic, he added.

Mr Fong also had doubts on whether the consumption card scheme could revive catering businesses inside casinos – beyond a quick jolt – as they were mostly geared towards tourists.

Macau gaming and tourism scholar Zeng Zhonglu shared a similar view. “The foot traffic at Macau casino resorts these days is still pretty thin,” Mr Zeng told GGRAsia. “So yes, the consumption card scheme could be helpful to them, but probably only to a limited extent.”

“The only remedy” for casino sector recovery – including venues’ non-gaming business – was “the lifting of the existing travel restrictions and compulsory quarantine measures,” added Mr Zeng, who is a professor at the Centre for Gaming and Tourism Studies at Macao Polytechnic Institute.

He added: “A priority that the [local] government should consider is to have the travel ties resumed first with places like Hong Kong and Taiwan, where the [Covid-19] virus spread has been controlled relatively well. The government should also strengthen its communication with the Guangdong government [to amend] border-crossing arrangements, and strive for the Chinese central government’s support for it.”

“By this scheme the local government hopes that the local SMEs can maintain a minimum level of trade activities,” Mr Tong told us. It was also designed to “alleviate the business-contraction pressure that various sectors here are facing, including retail, F&B; and help the general public to keep up their living standard,” he added.

“That is a good rationale… in that regard, I think the scheme’s coverage of shops and restaurants is also quite fair,” added Mr Tong, who is the director of Macao Political Economy Research Association.

The consumption card scheme will be extended to the rest of this year after the current phase ends in July, with possible adjustments to be made after a review to take place in summer, said Secretary Lei in late April.

Macau-based hospitality-industry scholar Glenn McCartney reckoned that the consumption card scheme is helpful to the local economy. But he suggested there should be other forms of help for local small businesses – including the F&B sector – that the government might consider.

These included “online training to upgrade” the skills of “front-line staff, and help small businesses,” said Mr McCartney, an associate professor in international integrated resort management at the University of Macau. He suggested that the government could consider supporting a greater amount of online vocational training targeting owners and staff at local small hospitality or F&B outlets.

Andrew Lo Kai Bong (pictured), a senior executive at Hong Kong-listed casino investor Suncity Group Holdings Ltd, acquired controlling shares in the firm with effect from May 13, according to... END_OF_DOCUMENT_TOKEN_TO_BE_REPLACED