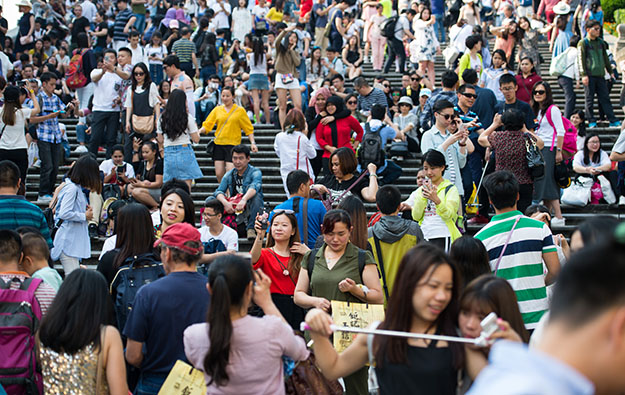 The tally of tourist arrivals to Macau this year will probably be “close to” 40 million, said the head of the Macao Government Tourism Office (MGTO), Maria Helena de Senna Fernandes, in comments at the weekend to local media.

That would be a circa 5-percent increase on the estimate of up to 38 million visitors for 2019 the Macau authorities had forecast for the city at the start of the year.

A trend of year-on-year growth in November and December arrivals was likely to be sustained this year said Ms Senna Fernandes, speaking on the sidelines of a Saturday event.Those months are not typically viewed as peak months for mainland Chinese tourism to the city, but had registered a significant year-on-year increase in 2018. In December 2018 alone, visitor arrivals to Macau totalled nearly 3.57 million, up by 16.9 percent year-on-year, the city’s Statistics and Census Service had confirmed in annual data released in January.

The yearly increase for November and December this year “may not be as high,” Ms Senna Fernandes said.

Macau’s visitor arrivals for the first eight months of this year tallied over 27 million, up by 18 percent year-on-year, according to the latest available data from the city’s Statistics and Census Service.

During the January to August period, the number of overnight visitor arrivals increased by 5.7 percent year-on-year to 12.9 million – a growth that was far outpaced by the 31.6 percent increase in same-day visitors, a tally of more than 14.5 million.

Investment analysts have noted in previous commentary on Macau that there need not be a direct correlation between numbers of tourists to Macau and gaming spend in its casinos. This is because research indicates that high-stakes play by a relatively small number of visitors is still an important component of the market.

Former Macau junket operator Suncity Group had no commercial need to seek illicit gains from under-the-table betting via the “multiplier”, as the company had a huge gaming business... END_OF_DOCUMENT_TOKEN_TO_BE_REPLACED