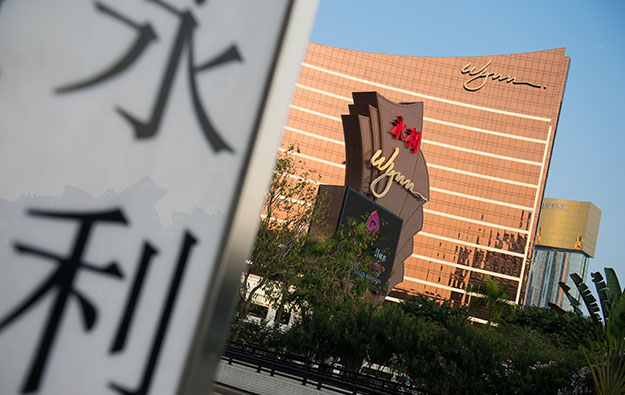 Macau’s Court of Second Instance has ruled that casino operator Wynn Macau Ltd was jointly liable for the refund of a chip deposit worth HKD6 million (US$766,440) lodged with Dore Entertainment Co Ltd, an operator of Macau gambling junkets.

In April, the Court of First Instance ruled that Dore Entertainment had to repay the HKD6-milliong chip deposit to a client, but it held that Wynn Macau Ltd bore no responsibility in that particular case.

In the decision released last month – and first reported by the Chinese-language newspaper Macao Daily News earlier this week - the Court of Second Instance decided that Wynn Macau Ltd was jointly liable for repaying the deposit plus interest at the legal – i.e., regulated bank – rate. That was because Wynn Macau Ltd is the gaming concession holder that was overseeing at the time the VIP room where the alleged theft took place.

In an email reply, Wynn Macau Ltd told GGRAsia that the company does “not comment on litigation matters”. The company did not say if it intended to appeal.

According to the court’s latest decision, the existing regulations in Macau aim to give more responsibility to the concessionaires in terms of oversight of the activities of junkets, their administrators and collaborators.

“It is reasonable and logical to demand [from the concessionaires] the duty of monitoring those [junket] activities,” as well as there to be jointly liability for the outcomes of those activities, wrote the judges.

As such, even though a gaming promoter might have obtained financing via illegal means in order to keep operating a VIP room, “such activity reflects directly on the operations of the concessionaire”.

In their judgment, the court said Wynn Macau Ltd should be jointly liable for the damages caused by the Dore Entertainment’s activities, for neglecting its oversight duty, thus “allowing or even tolerating that a gaming promoter ran such activities in its casino”.

Dore Entertainment never publicly disclosed how much the employee allegedly stole. The firm only stated it ranged from HKD200 million to HKD2.0 billion. Complaints made to the Macau police from those claiming to be investors in the cage operations of Dore Entertainment amounted to at least HKD520 million, according to previous media reports.

On Thursday, Ambrose So Shu Fai, chief executive of Macau market rival SJM Holdings Ltd, was asked by reporters to comment on the court’s decision.

Mr So reportedly said that he didn’t believe that the ruling from the Court of Second Instance would become a legal precedent for other eventual cases involving the liability relation between casino concessionaires and junket operators.

The executive added that any court decision should take into consideration the specific arrangements between casino operators and junkets.

The SJM Holdings CEO noted however that the ruling would make casino concessionaires “more cautious” in their arrangements with junket operators. Mr Ho added that he expected the government to introduce specific guidelines regarding these matters, in order to reduce the chances of such cases happening again.

FBM, a maker of casino slot machines and an international specialist in electronic bingo machines, is to launch its “Jin Qián Link” slot product at Global Gaming Expo (G2E) 2022 at the Venetian... END_OF_DOCUMENT_TOKEN_TO_BE_REPLACED