Macau crackdown on gaming bets made via WeChat 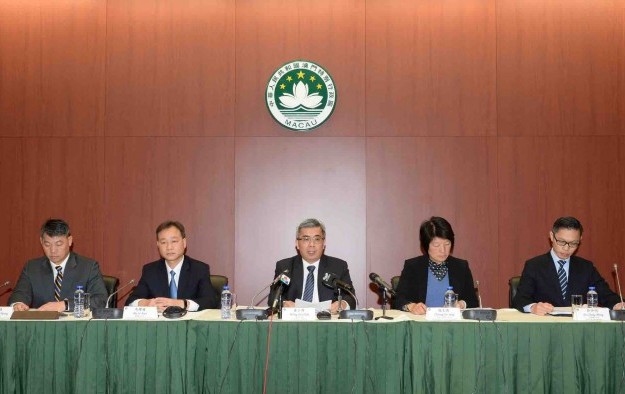 The Macau authorities are to work with law enforcement agencies in mainland China in an effort to curb the use of Chinese social messaging service WeChat for illegal betting. Macau’s Secretary for Security, Wong Sio Chak (pictured, centre) revealed that the city’s Judiciary Police had been able to close five cases of “betting via WeChat” in 2017.

“Crime syndicates solicited gamblers in mainland China using WeChat chat groups, [then carried out] transactions via WeChat Pay and broadcast casino games that took place in casinos in either Macau or the Philippines,” the Secretary explained in a press conference on Friday, referring to a built-in payment service of the WeChat app.

Mr Wong added: “The Judiciary Police will enhance their collaboration with mainland police departments to work on the prevention and [when necessary] investigation of such crimes.”

In an operation carried out by the Judiciary Police in June 2017, a total of 13 mainland Chinese and four Macau residents were arrested for allegedly arranging casino betting via WeChat. A spokesperson for the Judiciary Police, Choi Ian Fai, said that the “selling point” to clients of such an arrangement was that they “could play [bet on] real baccarat games in Macau”.

In other developments, figures released on Friday by the Macau authorities indicated a 0.2-percent year-on-year decline in suspected gaming-related crime cases for full-year 2017. In the period there were 1,847 logged, according to the data.

Cases of suspected usury – unlawful lending of money typically for gambling and more commonly known as loan-sharking – dropped by 4.5 percent compared to the prior-year period, to 448, the police data showed. The number of gaming-related cases of suspected unlawful detention also fell by 7.5 percent to 466 in 2017. Such cases are typically associated in Macau with loan-sharking connected to gambling.

“The police proactively investigated and cracked multiple ‘loan-sharking’ crime syndicates last year. This effectively hammered the gaming-related criminal activities and prevented them from spreading to the community. This is believed to be the main reason the number of ‘loan-shaking’ and ‘unlawful detention’ cases were declining,” noted a Friday statement issued by the office of the Secretary for Security.

The authorities also stated that most of the suspects and victims involved in recorded gaming-related crime cases “were mostly non-local ”. In full-year 2017, the Judiciary Police presented a total of 2,171 suspects to the Public Prosecutions Office for further processing on suspicion of gaming-related crimes, an increase of 8.4 percent compared to the prior-year period.

Commenting on the general security outlook for local casinos, the Secretary for Security said that a recent simulation drill “has achieved the anticipated results” and said further similar exercises would be organised in the future.

The overnight drill took place on January 22 at the Galaxy Macau casino resort operated by Galaxy Entertainment Group Ltd. It was designed to test the ability of public-sector departments and the local casino industry to coordinate and handle a response to major incidents.

Less than a week before the drill took place, casino chips with a face value of nearly HKD47.9 million (US$6.1 million) were stolen from Wynn Macau, a resort casino operated by Macau gaming concessionaire Wynn Macau Ltd. Two suspects were subsequently arrested by the Judiciary Police.

A Chinese Foreign Ministry senior official said on Wednesday that the United States’ move to label casino entrepreneur Steve Wynn as an “agent” of China, was “based on nothing but hearsay... END_OF_DOCUMENT_TOKEN_TO_BE_REPLACED