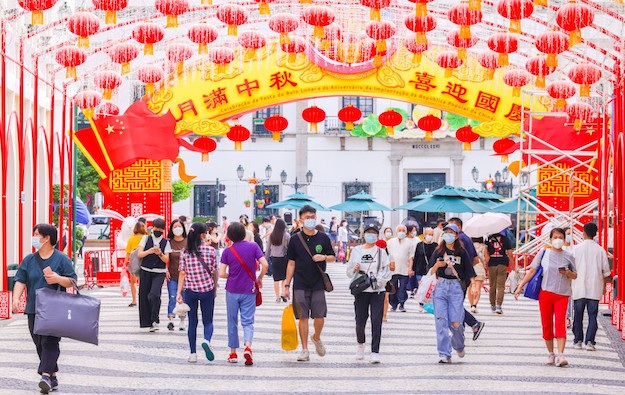 Macau’s daily tally of visitors reached 23,362 on September 16, said the Macao Government Tourism Office (MGTO) in a Saturday update. It was the highest level since a local outbreak of Covid-19 that started on June 18, and which took more than a month for the authorities to bring under control. It was also the first time since June 18 that daily visitor arrivals surpassed the 20,000 mark, said the tourism bureau.

For the seven days from September 9 to September 15 inclusive, Macau’s visitor aggregate was 121,657, a daily average of about 17,380, added the body.

It represented an increase of circa 6.6 percent from the preceding eight days, when Macau received an average of 16.299 visitors daily, stated the tourism bureau.

To date, mainland China remains the only place that has a largely quarantine-free travel arrangement with Macau. In a statement issued last month, MGTO said it was resuming promotion to mainland consumers, of Macau as a travel destination.

Meanwhile, a slight easing of restrictions on outbound travel by land crossing from Macau is being implemented from Monday (September 19). People journeying to Zhuhai in neighbouring Guangdong province from Macau, now must present a certificate, issued within 48 hours of intended departure from Macau, showing a ‘negative’ result for Covid-19 infection. Previously, such a certificate had to be issued within 24 hours of intended departure.