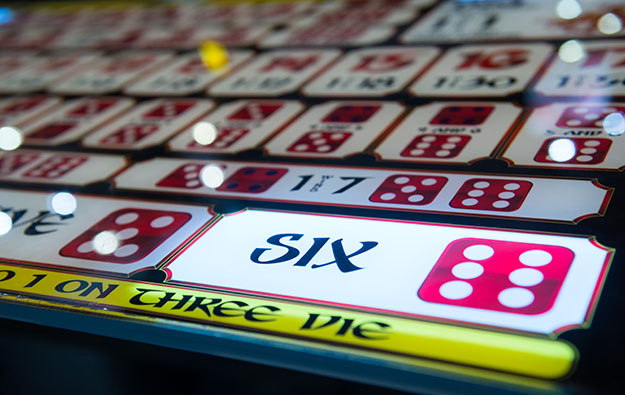 Year-on-year growth in December casino gross gaming revenue (GGR) in the Macau market could be at least 400 basis points above a range suggested by a market estimates service, says a Monday note from Japanese brokerage Nomura.

Such growth could be 20 to 25 percent, representing an aggregate for the month of between MOP23.9 billion (US$2.97 billion) and MOP24.8 billion, stated analysts from the institution.

“We estimate daily GGR in the first 10 days of December was around MOP825 million, up 7.5 percent sequentially from the November average,” said the Nomura team.

It added: “Assuming December GGR lifts sequentially in line with the trailing five-year median, or up roughly 2 percent from November, our estimate for the month… implies… [growth] 400 bps to 900bps higher than the latest Consensus Metrix estimate of approximately 16 percent for December.” That was a reference to a market estimates service provided by U.S.-based Kaul Advisory Group LLC.

In November Macau GGR rose by 22.6 percent year-on-year according to data released on December 1 by the city’s Gaming Inspection and Coordination Bureau, also known by its Portuguese-language acronym DICJ.

The November GGR result marked the 16th consecutive month of year-on-year GGR growth in the market.

Nomura said in its Monday note, referring to Macau casino operator MGM China Holdings Ltd, which is due to launch its new MGM Cotai property on January 29: “We believe the better-than-expected November GGR number positions MGM especially well for a strong opening in Cotai.”

Brokerage Sanford C. Bernstein Ltd said in a Monday commentary on Macau’s possible December gaming performance, that GGR for the period was likely to be “higher than our previous estimates”, namely between 21 percent and 23 percent up judged year-on-year.

The institution said its forecast was based on an assumption that the average daily rate for GGR would be between MOP750 million and MOP770 million for the rest of December.

“GGR was helped by strong volume and the two weekends during the first 10 days of the month,” noted Sanford Bernstein analysts Vitaly Umansky, Zhen Gong and Cathy Huang.

Macau’s casino gross gaming revenue (GGR) for the first five days of February is estimated at MOP1.9 billion (US$235.1 million) – or MOP380 million per day – a level that suggests a “45... END_OF_DOCUMENT_TOKEN_TO_BE_REPLACED