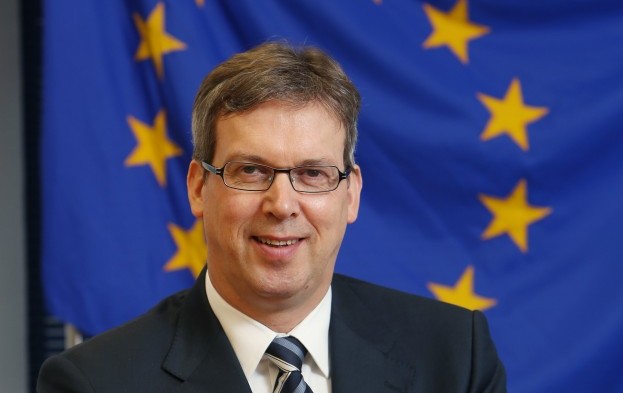 Efforts by the Macau government to make the city’s economy more diverse are yet to materialise but that should not dent the gaming industry, says Vincent Piket (pictured), head of Office of the European Union (EU) to Hong Kong and Macau.

“Gaming is a big part of the economy and gaming-related tourism is equally big,” Mr Piket told GGRAsia today.

The gaming growth story has kept many European companies interested in entering the Macau market. EU-based gaming suppliers, including Inspired Gaming Group Ltd and Novomatic SA, have a presence in Macau gaming floors, but others are waiting for an opportunity.

“When we encourage diversification we don’t say you should stop doing what you are doing right now,” Mr Piket said. “Evidently there are European players interested in this area [gaming].”

EU companies, however, would fare better in gaming-related sectors, such as the hospitality sector, luxury goods and food and beverage. “That is where the EU strength now is,” said Mr Piket.

“We hear it regularly from the European companies here [Macau] that they have difficulty finding staff, both in terms of their numbers and in terms of skill sets,” said the EU official.

The city’s unemployment rate remained at 1.8 percent for most of last year. It fell to a historic low of 1.7 percent earlier this year.

“It does worry our firms and we are in close contact with the government on how to bridge the gap to meet the demand,” Mr Piket said.

The EU also encourages Macau to pursue all necessary efforts to mitigate the risks inherent to the gaming sector but it is not particularly concerned about money laundering via casinos, Mr Piket said.

The United States has repeatedly called for a tightening of Macau’s rules on casino transactions, citing risks of money laundering.

Most of Macau’s casino operators are likely to generate positive free cash flow in the first quarter, given the robust recovery level of mass-market gross gaming revenue (GGR) in January, relative... END_OF_DOCUMENT_TOKEN_TO_BE_REPLACED