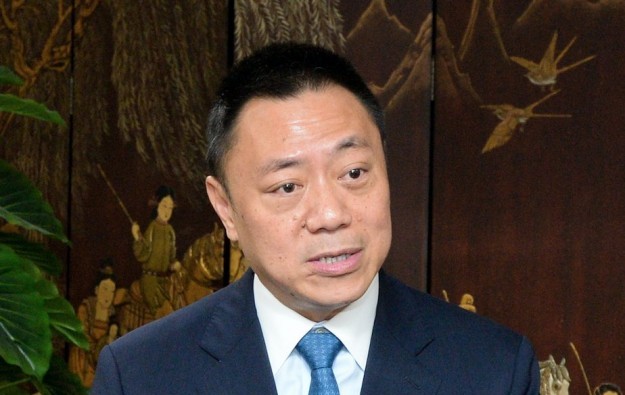 Macau’s Standing Committee for the Coordination of Social Affairs – responsible for commenting on labour-related draft bills sent to the city’s Legislative Assembly – has recommended shelving “for now” discussions on a new, voluntary scheme regarding employees’ rights to enjoy public mandatory holidays, said on Wednesday the Secretary for Economy and Finance, Lionel Leong Vai Tac (pictured in a file photo).

Given that Macau’s casino industry tends to be most busy – and most in need of maximum staff coverage – during mandatory holidays that apply to the whole of China, such as Chinese New Year and National Day – the proposal was understood to be broadly welcomed by employers. Some labour groups saw it as an erosion of their rights, as those kinds of holidays are the times when family and friends – including those working outside the casino sector – are most likely to wish to gather together.

Secretary Leong said in his Wednesday comments to the media on the holiday proposal – following a three-hour, closed-door meeting of the advisory committee – that all present had decided to shelve discussions on it, as “hugely divisive” views had been expressed.

Mr Leong nonetheless indicated the government would move forward with the other suggested amendments to the Labour Relations Law and work on the respective processes for legislative change.

The membership of the Standing Committee for the Coordination of Social Affairs includes local government representatives, the generally government-friendly Macao Federation of Trade Unions, and the employer group the Macao Chamber of Commerce.

Several Macau gaming labour groups opposed the government proposal on the holiday scheme as they feared that workers would face pressure from their respective employers into agreeing to work on mandatory holidays, and have less attractive compensatory leave rights than they enjoy under existing practices.

Secretary Leong had stressed in November comments that the government proposal spelt no change to the existing compensation terms for employees working on a mandatory holiday as stipulated by the Labour Relations Law. Nonetheless several labour group representatives – including some from the traditionalist Federation of Trade Unions – maintained their opposition to the plan, via either petitions to the government or marches in the city.

As stipulated by the current terms of the Labour Relations Law, those employees paid monthly and that are required to work on a mandatory holiday should be entitled to receive an additional day’s basic remuneration on top of their monthly pay, plus a compensatory rest day designated by the employer within 30 days following the performance of work. Such compensatory leave can be substituted – by agreement with the relevant employer – for a day’s basic pay.

China has moved one step closer towards reopening, by relaxing some its Covid-19 control measures, with most infected people now able to quarantine at home rather than in state-sanctioned... END_OF_DOCUMENT_TOKEN_TO_BE_REPLACED