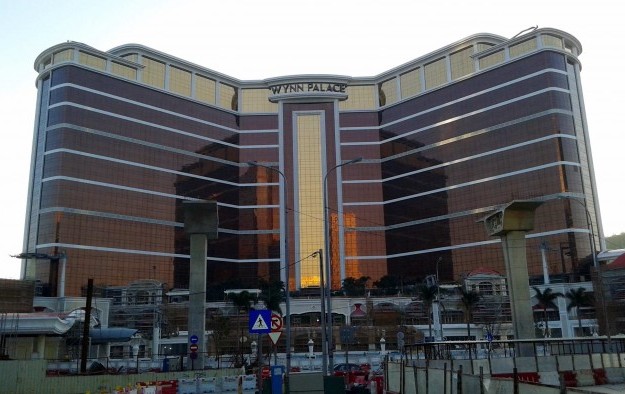 Macau’s casino industry faces a risk of overcapacity, as it is expected approximately 750 new live gaming tables are to enter the market over the next 12 months, says Morgan Stanley.

“We see the industry mass market [as] flattish (not recovering) since June 2015 and [a] risk of overcapacity in 2017,” analysts Praveen K. Choudhary, Alex Poon and Thomas Allen wrote in a Tuesday note.

They added: “Stable demand is facing significant capacity addition (6,000 rooms and 750 new tables) between the third quarter of 2016 and the first quarter of 2017. This could result in either cannibalisation or rise in competition – thus, margin erosion.”

Casino gaming revenue in Macau has fallen year-on-year for 22 months in a row, linked – say a number of investment analysts – to factors including China’s anti-graft campaign and the softening mainland economy.

Casino resort launches due in Macau in the next 12 months include: Wynn Palace (pictured); the Parisian Macao; and MGM Cotai. Each is likely to receive 250 new-to-market live gaming tables from the Macau government, according to several investment analysts covering the gaming sector.

There were a total of 5,957 licensed live gaming tables in the Macau casino market at the end of last year, according to data from the city’s gaming regulator.

The US$4.1-billion Wynn Palace casino resort – developed by Wynn Macau Ltd – had been scheduled to open on June 25, after a plan to launch it on March 25 was dropped. But company chairman Steve Wynn last week said the property was likely to only open in August.

Sands China Ltd’s chairman and chief executive Sheldon Adelson said, on a conference call with investment analysts in January, that his firm was targeting a September opening for the US$2.7-billion Parisian Macao, and perhaps a partial opening in the summer “if the opportunity arises”.

In February, MGM China Holdings Ltd said the opening of its under construction new resort on Cotai would be moved to the first quarter of 2017. MGM Cotai – with a construction budget of HKD24-billion (US$3.1 billion), excluding land costs and capitalised interest –  had been scheduled for a fourth quarter 2016 launch.

The Morgan Stanley team said in its Tuesday note: “Macau gross gaming revenue trend has stabilised – but without improved visitation, the growth outlook is still anaemic.”

In the first two months of 2016, Macau recorded 5.1 million visitor arrivals, down by 1.0 percent in year-on-year terms.

“Infrastructure delays beyond 2018 could also mean slower ramp [up in business],” Mr Choudhary and his colleagues said. The former was a reference to construction delays in several large-scale transport infrastructure projects to Macau and in the city – including a bridge connecting Hong Kong, Zhuhai and Macau across the Pearl River Delta, and Macau’s under-construction light rail transit system.

The investment bank stated that, while there were improvements in VIP gaming revenue in October and during the Chinese New Year holiday period in February, “mass revenue per day has been hovering around MOP300 million [US$37.5 million] in the last nine months”.

“Demand weakness is visible in the 20 percent year-on-year drop in hotel room rates,” Mr Choudhary and his colleagues said.

Regarding Wynn Palace, the analysts stated “its performance is a huge wild card for Wynn Macau”. The firm currently only operates one property – the Wynn Macau casino hotel, on the Macau peninsula.

Morgan Stanley decided however to increase its estimate for Wynn Macau’s 2016 earnings before interest, taxation, depreciation and amortisation (EBITDA), based on the firm’s “better than expected VIP revenue” in the first quarter of 2016; and a potential shift of 50 mass gaming tables to Wynn Cotai, which – according to the investment bank – are “currently unused” at Wynn Macau. The bank’s latest projection is for Wynn Macau’s 2016 EBITDA to be HKD5.35 billion, compared to a previous estimate of HKD4.82 billion.

Morgan Stanley said it was making its revised estimates on the basis that Wynn Palace would be “an aspirational casino for gamblers and could take share from peers.”

Most of Macau’s casino operators are likely to generate positive free cash flow in the first quarter, given the robust recovery level of mass-market gross gaming revenue (GGR) in January, relative... END_OF_DOCUMENT_TOKEN_TO_BE_REPLACED