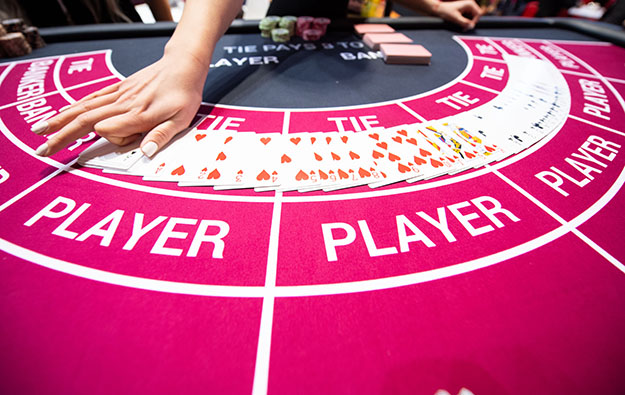 Macau’s monthly casino gaming revenue might post a steep year-on-year decline — of up to 60 percent — in February due to tougher comparisons from a year earlier and in the light of the viral pneumonia outbreak that started in mainland China, said several brokerages.

Sanford C. Bernstein Ltd said in a Sunday memo that it estimate February “could be down 50 percent to 60 percent, facing a difficult comparison last year that included Chinese New Year”. While stating that gross gaming revenue (GGR) trends were currently “hard to predict”, analysts Vitaly Umansky, Eunice Lee and Kelsey Zhu said that an even bigger decline in February “would not be surprising”.

Macau casino GGR declined by 11.3 percent in January, the month that included the Chinese New Year holiday in 2020, to MOP22.13 billion (US$2.77 billion). China’s State Council had designated this year’s holiday as running from Friday, January 24 – the eve of Chinese New Year – until Thursday, January 30 inclusive. In 2019, the week-long holiday started on February 5.

The GGR decline last month coincided with the city’s government announcing on January 22 – just before the holiday – that Macau had recorded its first imported case of the viral pneumonia, a Chinese woman from Wuhan, a city in the mainland’s Hubei province identified as the epicentre of the newly-identified coronavirus. Macau confirmed on Sunday a new case of novel coronavirus infection, taking to eight the tally of such cases recorded in the city.

JP Morgan Securities (Asia Pacific) Ltd said in a Sunday note that the near-term outlook for the Macau casino industry “remains as murky as ever,” since the market has “no visibility as to when the visa/travel restrictions will be lifted, let alone the development of the virus outbreak”.

“That said, assuming the visa suspension remains in place (we certainly hope not), we estimate February GGR could fall roughly by 40 percent to 50 percent year-on-year, which admittedly carries a substantial margin of error,” said analysts DS Kim, Derek Choi and Jeremy An. “We are not making any changes to full-year estimates, given it is still early days of assessing the novel coronavirus epidemic impact,” they added.

The JP Morgan team said additionally that January’s GGR decline “probably doesn’t mean much (if anything) for sentiment or forward estimates … given ongoing travel restrictions and visa suspensions amidst the novel coronavirus outbreak”.

“We estimate mass and VIP GGR declined around 4 percent to 5 percent and [over] 20 percent year-on-year, respectively, for the month of January, but we wouldn’t read anything much from these figures, as the trend was extremely volatile during the month (strong start, followed by pre-holiday slowdown, followed by novel coronavirus crisis),” said the JP Morgan analysts.

They added: “We wouldn’t be surprised if GGR in the past few days were below MOP500 million/day, which could further trend down in coming days as players leave Macau (versus very limited, if any, in-flow amidst visa suspension). As such, we expect Macau’s GGR run-rate to hover around MOP400 million to MOP500 million/day during the period of visa/travel restrictions.”

Regarding January’s trend, the Sanford Bernstein team suggested that GGR in the earlier part of that month was helped by “improved demand … and high hold,” but such demand “collapsed during Chinese New Year on the back of the coronavirus crisis”.

The brokerage added: “The results for first quarter for Macau gaming will certainly be much weaker than originally contemplated. But as of now, it may be too early to make wild guesses.”

A senior executive from Las Vegas Sands Corp, parent of Macau casino operator Sands China Ltd, had said on the group’s fourth-quarter earnings call last week that it was impossible to know whether it might be “February or March” before the viral pneumonia crisis was resolved, suggesting that the impact of the coronavirus alert might affect trading in the whole of the first quarter for Macau’s six licensed operators.

Brokerage Deutsche Bank Securities Inc said in a Sunday note that it had “considerably cut” its forecasts for the Macau casino market for the February through June period.

“We based our mass and VIP estimates on the assumption that volumes remain considerably depressed through June, with the worst of the headwinds coming in February and March and abating somewhat from there,” said analysts Carlo Santarelli and Steven Pizzella.

Only two of Macau’s 18 satellite casinos – the Rio Casino and the President Casino – have closed amid changes to the city’s regulatory system for such properties, and against... END_OF_DOCUMENT_TOKEN_TO_BE_REPLACED