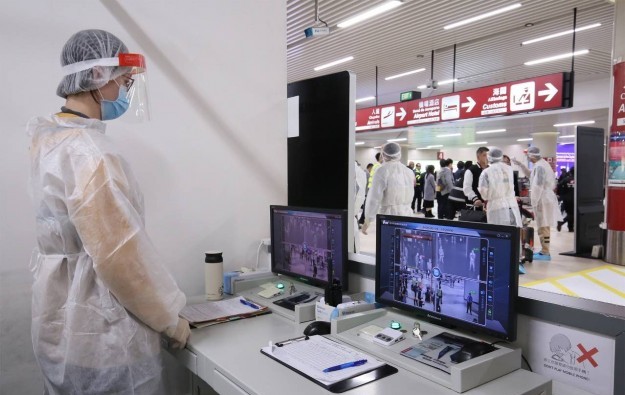 The latest confirmed patient is a 66-year-old man from Wuhan in China’s Hubei province – the place of the initial outbreak. He had entered Macau on Wednesday afternoon via the Border Gate linking to Zhuhai in Guangdong province. At the crossing, Health Bureau checks revealed he had a fever. He was subsequently diagnosed with the Wuhan-type pneumonia by medical staff at Macao’s Conde S. Januário Hospital, a public facility.

The local authorities had said on Wednesday that a 52-year-old woman from Wuhan – who came to Macau on Sunday (January 19) and stayed at the New Orient Landmark casino hotel – had tested positive for the coronavirus and had subsequently been receiving medical treatment in the city’s public hospital.

As of Thursday morning, the local health authorities had placed a total of 10 people – identified as having had “close contact” with one or other of the two confirmed coronavirus patients – in hospital isolation, said Lam Chong, director of the Health Bureau’s Centre for Disease Prevention and Control in a Thursday press briefing.

In the case of the first confirmed patient, some of those placed in isolation were not the woman’s friends or companions, but people that happened to travel by the same train from Wuhan to Zhuhai, and sat near to her.

At Thursday’s media briefing, Mr Lam reiterated that local casino operators had to provide protective masks for their staff at work. The Macau government had issued on Wednesday an official dispatch with an instruction that casino staff had to wear masks at work, a measure that is effective until February 22. The order might be extended, depending on the situation regarding Wuhan-type pneumonia cases.

In Wuhan, a special body to coordinate that city’s disease control effort announced early on Thursday that Wuhan’s public transport networks would be temporarily closed – including its airport and railway stations – with effect from 10am on Thursday. Reports of the announcement did not specify for how long the measure would be in place.

At Macau’s Thursday media briefing, Mr Lam confirmed that a Macau-bound flight from Wuhan – originally scheduled to arrive Macau on Thursday afternoon – had already been cancelled.

The Macao Government Tourism Office (MGTO) is cancelling the city’s Chinese New Year celebratory activities – including the “Parade for Celebration of the Year of the Rat” that was originally scheduled on January 27 and February 1 – the Chinese-language radio service of the city’s public broadcaster TDM reported on Thursday morning.