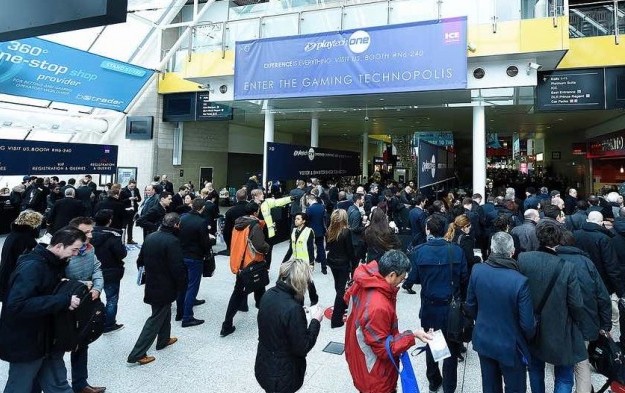 A delegation from Macau’s gaming industry will attend this year’s International Casino Exhibition (ICE), an industry trade show (pictured in a file photo) that is branded ICE Totally Gaming. The trade show is held in London in the United Kingdom.

Jay Chun, president of the Macau Gaming Equipment Manufacturers Association (MGEMA), is leading a group of 20 people from Macau, according to a press release. The party includes senior officials from eight commercial gaming organisations.

The Macau delegation will be at ICE “to explore advances in artificial intelligence (AI) and virtual reality (VR) and how they impact gaming,” said the press release.

LT Game announced in October that it had signed an exclusive deal with Inspired Gaming (UK) Ltd – a unit of the United Kingdom’s Inspired Gaming Group Ltd – to provide virtual sports content on electronic table game (ETG) terminals in the Macau market. The gaming supplier said it plans to launch virtual sports products in Macau’s casinos in “the second quarter or third quarter of 2017”.

ICE 2017 – which opens on Tuesday and runs until Thursday at ExCeL in east London – will additionally feature on Wednesday a briefing on the state of casino gaming legislation in Japan. Topics include possible locations for casino resorts in Japan and the development timeline for such schemes.

According to the organisation, more than 500 exhibiting organisations from 66 nations will be attending this year’s show.

Most of Macau’s casino operators are likely to generate positive free cash flow in the first quarter, given the robust recovery level of mass-market gross gaming revenue (GGR) in January, relative... END_OF_DOCUMENT_TOKEN_TO_BE_REPLACED