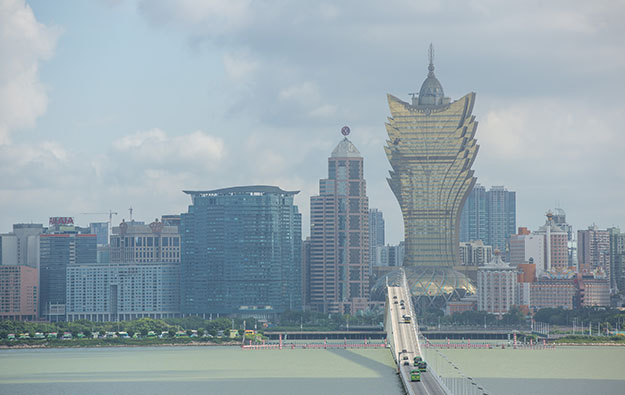 Macau’s gaming business during the week-long Chinese New Year festive period – which starts on Friday – was likely to be negatively affected by China’s coronavirus outbreak, suggested the chief executive of one of the city’s six casino licensees.

Ambrose So Shu Fai, vice-chairman and CEO of SJM Holdings Ltd, was cited on Thursday by Hong Kong-based, Chinese-language news outlet Ming Pao, as saying his firm’s gaming revenue during the festive period could be hurt by the viral pneumonia episode. The outbreak was first reported in Wuhan, Hubei province in mainland China.

Two imported cases of the sickness had been confirmed in Macau as of Thursday, and the city’s Chief Executive, Ho Iat Seng, said that day he could not rule out having to ask casinos to close if things got worse.

But although the venues remained open to customers as of Friday, the city has already cancelled public festivities planned for Chinese New Year, and has asked local associations and the private sector not to hold events involving people gathering in crowds. The local government has also instructed casino staff to wear face masks at work, and told the casino managements to make sure they have enough masks to make that possible. SJM Holdings’ Mr So noted inbound tourism was likely to be disrupted under the current circumstances.

Also on Thursday, Wilfred Wong Ying Wai, president and chief operating officer of Macau licensee Sands China Ltd, was quoted by Chinese-language Hong Kong media outlet Apple Daily as saying it was “difficult to predict” any impact on gaming revenue that might stem from ongoing events.

The executive noted his firm was fully complying with the Macau government’s requirements on disease control measures, and would pay particular attention to any clients from Wuhan city, and Hubei province as a whole.

Macau’s Chief Executive said at a Thursday press briefing that the administration did not plan to impose any restrictions on incoming visitors, including those from Wuhan. But the Macau authorities are putting in place – at all the city’s border checkpoints – body-temperature screening for outgoing as well as incoming travellers.

“There are likely to be cancellations of some Chinese New Year casino and junket parties and events,” which would signal “softer business than anticipated,” during Chinese New Year, wrote Sanford C. Bernstein Ltd analysts Vitaly Umansky, Eunice Lee and Kelsey Zhu.

The institution’s previous estimate for the performance of Macau January GGR; and combined January and February GGR – namely in the range of -1 percent to +2 percent year-on-year in both instances – would “likely be too bullish,” the analysts noted.

Sanford Bernstein and another brokerage – JP Morgan Securities (Asia Pacific) Ltd – believed any impact of the China coronavirus outbreak on demand for Macau gaming services would be short-lived and followed by robust recovery.

Following a different kind of public emergency – severe bad weather that led in September 2018 for the first time in the modern era to a short suspension of Macau casino operations – the effects of lost business had been compensated for in the following months of 2018 with “pent-up demand”, JP Morgan wrote in its Thursday note.

“We believe similar patterns would emerge,” in terms of recovery after an alert, “even if Macau casinos were to be shut down due to virus fears,” JP Morgan analysts DS Kim, Derek Choi and Jeremy An wrote.

China’s Xinhua news agency reported on Friday morning that – as of that day – the country’s health authorities had recorded 830 confirmed cases of pneumonia caused by the newly-identified coronavirus, and that – as of the end of Thursday – cases had been distributed across 29 provincial-level regions of the country. There had been 25 deaths – 24 of them in Hubei – said the country’s National Health Commission.