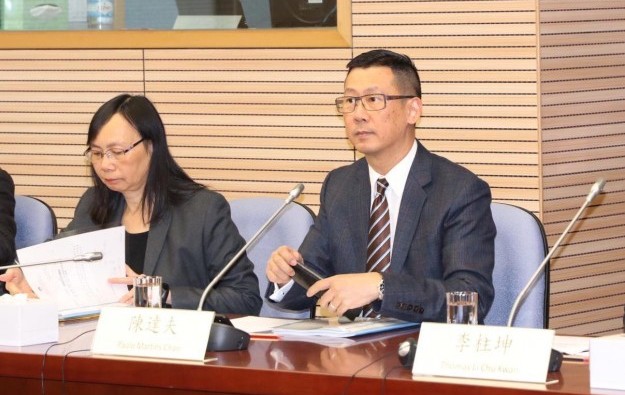 Those permissions expire on various dates in either 2020 or 2022. First to end – in March 2020 – are the respective current licences of SJM Holdings Ltd and its sub-concession, MGM China Holdings Ltd. Ambrose So Shu Fai, chief executive of SJM Holdings, mentioned last year that the firm’s intention was to seek a two-year extension for its Macau gaming rights, so that it could compete “at the same pace” as four other gaming operators in the city.

On Thursday GGRAsia asked the regulator Mr Chan whether the Macau government intended to grant that wish for SJM Holdings and for its sub-concession MGM China. He stated: “Regarding this issue, we’ve submitted the technical opinions on [the arrangement] of the six gaming concessions to our superiors. But we do not have any news to tell yet.”

The gaming regulator also declined to give details of the “technical opinions” he had mentioned.

Commenting on other matters, Mr Chan noted that a draft amendment bill regulating the city’s junket promoters was “ready”. “The bill is now undergoing some adjustments. We hope that it will be submitted to the Legislative Assembly soon [for deliberation],” Mr Chan added.

As part of the draft bill, the Macau government proposed raising the capital deposit for any licensed casino junkets newly-registered in Macau, to MOP10 million (US$1.23 million), Mr Chan noted to the media on Thursday. The Macau government had mentioned before that it also was preparing to address – via “severe penalties” introduced in the amendment bill – the issue of “unlawful” – i.e., unregulated – capital deposits placed with the junket sector.

Mr Chan was talking to local media on the sidelines of a closed-doors meeting discussing the business plans of Macau Jockey Club. It operates horse racing and horse race betting via a public concession that in February was extended to the year 2042. But the loss-making club has received some criticism for its previous level of investment and its limited returns in terms of value to the public purse.

In March the Macau Horse Race Co Ltd, which runs the Macau Jockey Club, was told by the city’s government it would have to pay MOP153 million in backdated dues within three years, or risk termination of its recently-extended operating rights.

The sub-committee of legislators is tasked with examining how the government monitors the multi-year investment plan the Macau Jockey Club has pledged to put in place for its Taipa horse racing venue. In August it emerged that club had told the government of a plan to invest fresh money into its activities and facilities, although little detail was given at the time.

Following Thursday’s meeting, Ella Lei Cheng I, president of the scrutinising sub-committee, gave some more information on the topic. She said there would be “MOP3.5 billion to MOP4.5 billion” spent on, respectively: revamping the horse racing facilities at the Taipa venue; building a park and sports facilities for the public; an equestrian theme park; and two hotels.