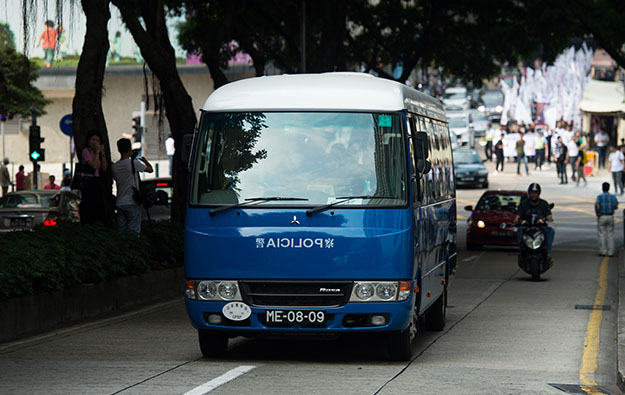 Macau’s Judiciary Police recorded a total of 706 suspected gaming-related crimes in the first five months of this year, down by 3.8 percent compared with the prior-year period.

Of the suspected gaming-related crime cases recorded in the January to May period, 114 involved suspected unlawful detention in connection to loan-sharking operations targeting casino gamblers. The number represented a 39.7-percent year-on-year decrease. The figures were featured in a speech delivered by the director of Judiciary Police Sit Chong Meng on Wednesday.

Suspected cases of loan-sharking targeting gamblers totalled 212 in the first five months this year, up from 151 cases recorded in the prior-year period.

Mr Sit stated in his speech that, due to police action, the number of gaming-related crimes in Macau was “gradually decreasing”. He added that while the number of crimes detected had been going down, the number of suspects sent for prosecution had increased.

The director of the Judiciary Police highlighted the arrest in June of 113 people allegedly involved in a long-time loan-sharking operation targeted at people gambling in the city’s casinos. The enforcement action was described at the time as the largest number of arrests in Macau for a single case since the handover from Portuguese administration in 1999.

Mr Sit added the police had been – in partnership with the city’s gaming operators – beefing enforcement action at casinos and surrounding areas to prevent gaming-related illegal activities, namely related to loan sharking.

He additionally stressed that cases of suspected gaming-related crime had “not [negatively] impacted the overall public security” situation in Macau.

Some Macau casinos visited by GGRAsia on Thursday, actually had tables that were closed, notwithstanding strong consumer demand during Chinese New Year (CNY). The reasons for some tables being... END_OF_DOCUMENT_TOKEN_TO_BE_REPLACED