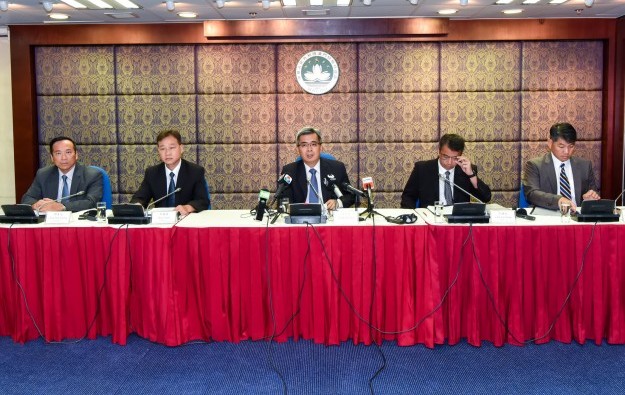 Macau recorded a total of 814 cases of suspected gaming-related crime in the first half of 2016, according to police data disclosed on Monday. The figure represented a jump of 13.5 percent in year-on-year terms.

In full-year 2013 – before the start of the ongoing slowdown in the city’s casino industry – there was a total of 944 casino-related suspected crime cases recorded.

Gaming-related cases of suspected usury – unlawful lending of money that is more commonly known as loan-sharking – increased by 52.3 percent year-on-year in the first half of 2016 to 233, the police data showed.

Between January and June, a total of 216 cases of gaming-related suspected unlawful detention were recorded, a jump of 27.1 percent year-on-year. Such cases are typically associated in Macau with loan sharking connected to gambling.

In the first half of 2016, a total of 924 suspects were presented to the Public Prosecutions Office for further processing on suspicion of gaming-related crimes. That represented a year-on-year increase of 18.0 percent.

The Office of Macau’s Secretary for Security stated in a Monday press release that there was “no indication” that the slowdown in the city’s gaming industry had led to an increase in triad criminal activity.

His office’s statement noted that three suspected cases of unlawful detention relating to gaming activities – that were said to have taken place on various dates in July and August and ended in each instance in those illegally detained being found dead – had “been solved”. According to the release, the deaths were connected either with suicide, or people falling to their death from high-rise buildings while attempting escape.

“These cases show that – starting from July – there has been a shift of gaming-related debt disputes and related crimes to outside casino premises, which deserves our attention,” stated the release.

Most of Macau’s casino operators are likely to generate positive free cash flow in the first quarter, given the robust recovery level of mass-market gross gaming revenue (GGR) in January, relative... END_OF_DOCUMENT_TOKEN_TO_BE_REPLACED