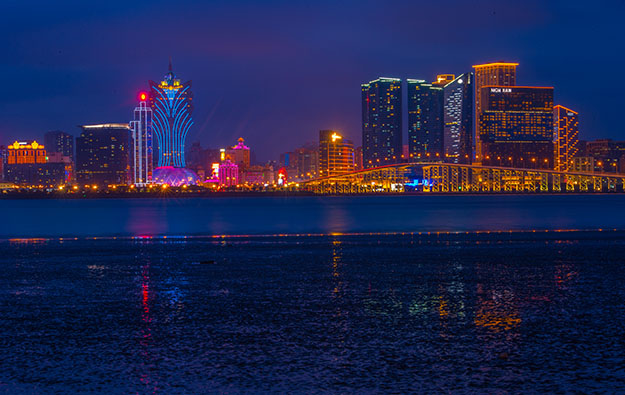 The Macau government collected nearly MOP97.88 billion (US$12.13 billion) in direct taxes on gaming in the city from January 1 to November 30, up by 14.1 percent when compared to the previous year, according to official data from the Financial Services Bureau.

Direct taxes from gaming accounted for almost 80 percent of the Macau government’s total revenue in the first 11 months of 2018, which stood at nearly MOP122.82 billion.

Direct taxes on gaming include taxes on income from gaming and from Chinese lotteries, greyhound racing, horse racing and instant lotteries, and tax on commissions earned by promoters of gambling junkets.

Aggregate GGR in Macau in the first 11 months of the year amounted up to MOP276.38 billion, up 13.7 percent year-on-year, according to the data released by Macau’s casino regulator, the Gaming Inspection and Coordination Bureau.

In its annual budget, the government forecast that MOP82.41 billion would be collected as direct tax from gaming in full-year 2018. As of the calendar year to November 30, the execution rate of this item stood at 118.8 percent, according to the latest data from the finance bureau.

In drawing up its budgets, the government is cautious about revenue from gaming, tending to underestimate revenue from taxes and other levies on the business.

The Macau government expects to collect MOP91.0 billion in direct taxes on gaming next year, according to its draft budget for 2019, presented in late November.

The Macau government announced on Thursday the cancellation of a plan for a nucleic acid test requirement every 48 hours for casino workers as a condition of their entry into the workplace, a... END_OF_DOCUMENT_TOKEN_TO_BE_REPLACED