Macau GGR growth likely to speed up in Feb: analysts 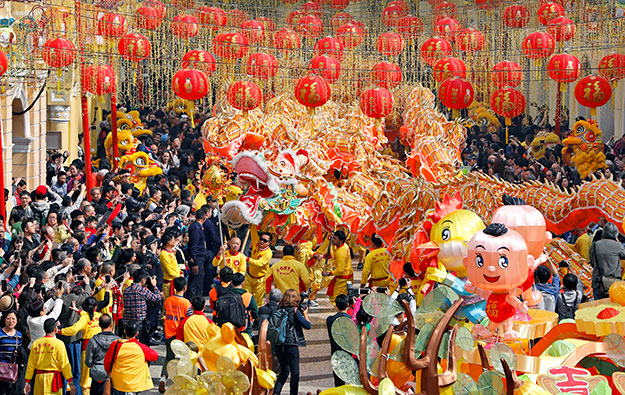 The monthly year-on-year growth rate of casino gross gaming revenue (GGR) in Macau is likely to accelerate in February compared to January, say several investment analysts. They base the projection on unofficial industry data for the first week of the month.

“Our channel checks indicate that Macau’s GGR month-to-date (February 1 to 5) was [circa] MOP6.3 billion, a surprisingly high ADR (average daily rate) of MOP1,260 million,” said Hong Kong-based Sanford C. Bernstein Ltd in a note on Monday. The brokerage’s analysts attribute the higher than expected ADR to the fact that “the first five days of the month were composed of two Chinese New Year holidays [days] and a weekend”.

“According to our channel checks, mass revenue was approximately 70 percent higher than recent (non-holiday period) performance while VIP was more than double. VIP hold rate was generally in the normal theoretical range,” said analysts Vitaly Umansky, Zhen Gong and Yang Xie in their note.

“This is the best daily run rate in 2.5 years (same as 2014 October Golden Week’s), and the second highest Chinese New Year run-rate on record (only after 2014 Chinese New Year, which was MOP1.6 billion per day),” they wrote.

The total number of tourist arrivals to Macau in the seven days of the Chinese New Year holiday, from January 27 to February 2 inclusive, rose by 9.9 percent year-on-year to 935,266, according to preliminary data reported by the Macao Government Tourism Office. Analysts have noted that Macau visitor volume is not always a proxy for gaming spend in the city. The first day of the Chinese New Year holiday fell on January 28 this time.

Nonetheless, February’s start regarding casino GGR has created some optimism among commentators.

“Assuming an average daily rate GGR of MOP615 million to MOP630 million for the remaining days of the month, we estimate February GGR [in] a range of MOP20.4 billion and MOP20.8 billion. This would represent a year-on-year increase in February of +4.5 percent to +6.5 percent,” said the Sanford Bernstein team.

Analyst David Katz of Telsey Advisory Group LLC said in a note on Monday: “Fairly, the first days of the holiday period [in February] are the strongest and should moderate over the remaining days.”

Mr Katz however noted that the shift in the calendar with Chinese New Year falling on January 28 this year versus February 8 last year “creates a challenging comparisons context”. But he added: “Nonetheless, the start to the holiday period positions the market for a strong month and a strong holiday period on a like for like basis.”

Japanese brokerage Nomura noted in a memo on Monday that over the past four years, GGR per day “declined 18 percent on average during the three-week period” after the Chinese New Year holiday period.

“In 2013, the average sequential fall-off in GGR/day was 15 percent, in 2014 it was -20 percent and in 2015 it was -36 percent. While last year the impact was more muted, we expect the pattern of progressively more pronounced post-Chinese New Year declines to resume this year and estimate a 50 percent fall-off in GGR/day versus last week,” said analysts Harry C. Curtis, Daniel Adam and Brian H. Dobson.

“This would translate into MOP730 million to MOP750 million/day for February, or 8 percent to 11 percent growth year-on-year as we expect growth to trail off at the end of the month,” they added.

Occupancy rates went up at Macau hotels during the Chinese New Year holiday, compared to the prior-year holiday period. But the average room rate fell in year-on-year terms, indicated a Monday press release from the tourism bureau.

The body cited industry figures that showed that hotels and guest houses recorded an average occupancy rate of 94.5 percent during the Chinese New Year holiday this year, a slight year-on-year increase of 0.4 percentage points.

The average room rate for the period however dropped by 3.1 percent year-on-year to approximately MOP1,800. The price for five-star hotel rooms was the one dragging down the sector, with the average price for five-star accommodation falling 3.6 percent year-on-year to nearly MOP2,088. All the other segments recorded a slight increase in average prices, according to the tourism bureau.

“Our proprietary, forward Macau hotel rate survey shows rates at the large Macau hotels are down 40 percent year-on-year this Chinese New Year. This is an outlier, as our survey had been improving since new hotel supply came online in autumn,” added Mr McKnight.

Macau’s Court of Final Appeal announced on Monday sentences in relation to a total of nine cases concerning debt claims involving junket operators based at local casinos. In all the cases, the... END_OF_DOCUMENT_TOKEN_TO_BE_REPLACED