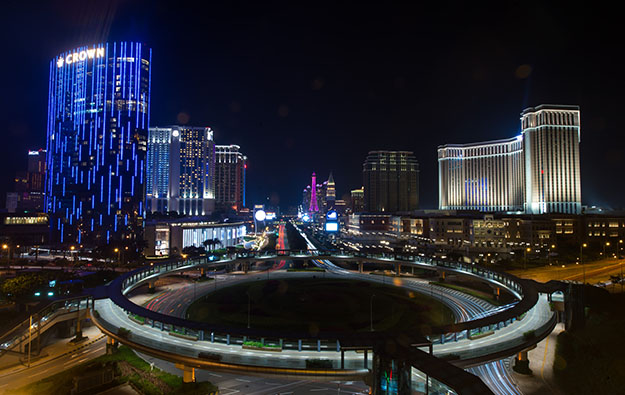 Several analysts forecast the rate of year-on-year growth for Macau’s March casino gross gaming revenue (GGR) will accelerate compared to February, when it expanded at a modest 5.7 percent year-on-year.

February’s tally was MOP24.30 billion (US$3.01 billion), according to figures from the local regulator, the Gaming Inspection and Coordination Bureau, issued on Thursday.

In a note the same day, brokerage Deutsche Bank Securities Inc estimated March GGR market-wide would be up 17 percent year-on-year.

“If we were to assume a 6 percent sequential decline from the January and February aggregate win per day, for the 31 days in March, it would imply growth of approximately 17.3 percent year-on-year for the month” wrote analysts Carlo Santarelli and Danny Valoy in the Thursday note. They have also raised their forecast for Macau’s GGR growth for the first quarter and the whole year of 2018 to 18.8 percent and 12 percent respectively.

The Deutsche Bank team added: “Post the holiday season and the National People’s Congress [of China], we believe March is poised for strength, with five full weekends in the month and the annual junket VIP dinners.” They were referring latterly to banquets given by Macau VIP gaming promoters – also known as junkets – for their top gamblers.

The first 2018 session of China’s legislative body, the National People’s Congress, is to start on March 5. The NPC meeting and that of an advisory body to the Chinese central government – the Chinese People’s Political Consultative Conference – are being held concurrently in Beijing from the beginning of March to mid of the month.

“Assuming the sequential lift in March GGR is in line with the trailing six-year median, or up around 1 percent month-on-month, our estimate for March GGR of MOP24-25 billion implies year-on-year growth of approximately 13 percent to 18 percent, or around 900 basis points higher than February’s 6 percent lift,” wrote Nomura analysts Harry C. Curtis, Daniel Adam and Brian H. Dobson in a Thursday note.