Macau GGR growth to remain at 10-13 pct in July: analysts 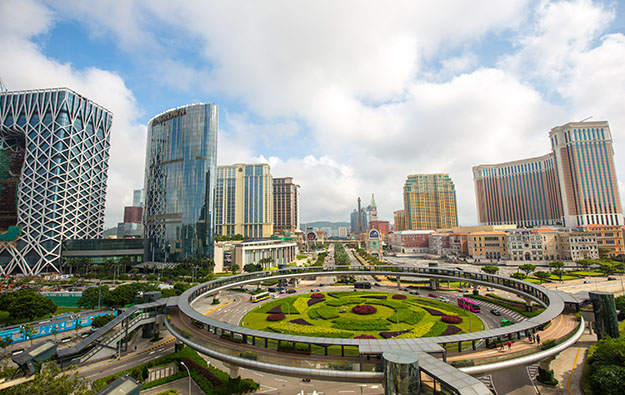 Macau’s casino gross gaming revenue (GGR) year-on-year growth rate is likely to remain in the low teens of percent in July due to the negative impact of the 2018 FIFA World Cup and a low VIP segment hold percentage, stated Japanese brokerage Nomura in a Monday note.

“Our GGR estimate for the month of around MOP25 billion [US$3.12 billion] implies approximately 10 percent year-on-year growth, which is less than the +17 percent year-on-year lift in the second quarter of 2018, as we believe the World Cup had a marginally negative impact in the first half of the month,” wrote analysts Harry Curtis, Daniel Adam and Brian Dobson. A reduction in Macau casino betting volume is said typically to coincide with major soccer tournaments.

The Nomura note cited unofficial industry data for the first 22 days of July, and estimated daily GGR performance for the remaining of the month. It stated that month-to-date VIP hold had stood at 2.8 percent, “lower than the expected normalised hold of 2.85 percent”.

The Japanese brokerage added it expected GGR growth in the second half of 2018 “to settle into a range of roughly low double digit of percent year-on-year, as the drag from the World Cup in June-July and low VIP hold percentage… stabilises”.

“Assuming a GGR average daily rate of MOP800 million to MOP840 million for the remaining days of the month, we estimate July GGR to a range of MOP25.6 billion and MOP25.9 billion, an estimated year-on-year increase in July of 11 percent to 13 percent,” wrote analysts Vitaly Umansky, Zhen Gong and Kelsey Zhu.

During the week from July 16 to July 22, according to Sanford Bernstein, the average GGR daily rate was approximately MOP793 million, representing a 2 percent decline compared to the similar period last year (July 17 to July 23, 2017).

The rate of year-on-year growth in Macau monthly GGR more than halved in May, to 12.1 percent, compared to April’s 27.6 percent expansion. In March the improvement had been 22.2 percent year-on-year, according to data released by the city’s casino regulator.

Some investment analysts covering the casino industry have attributed the recent slowdown in GGR growth in Macau in part to a more challenging environment in the VIP gaming segment.

The imminent return of package tours from mainland China will not only help boost Macau’s tourism businesses, but is also expected to help casinos gain more foot traffic in their mass gaming... END_OF_DOCUMENT_TOKEN_TO_BE_REPLACED