Macau GGR improving but still to drop in July: analysts 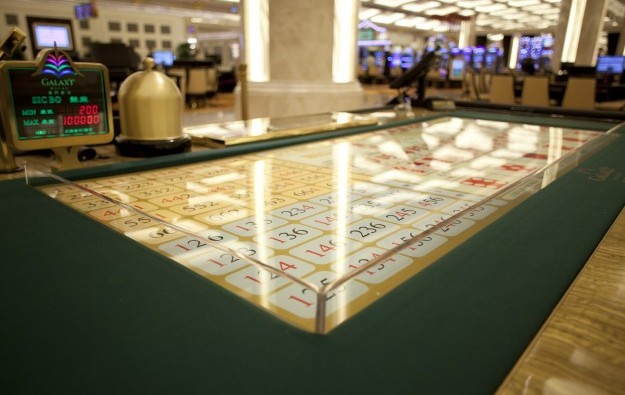 Casino gross gaming revenue (GGR) in Macau is forecast to drop for a second consecutive month in July, but the decline is expected to be at the lower end of analysts’ expectations, say two investment banks.

Analysts Kenneth Fong and Isis Wong from Credit Suisse said in a report issued on Monday that channel checks show GGR in Macau reached MOP24.8 billion (US$3.1 billion) for the first 27 days of July. They added that average daily revenue (ADR) for the week ended July 27 stood at about MOP949 million, up by almost 4 percent from the previous week and well above the MOP904 million recorded during the first two weeks of July, which coincided with the last two weeks of the FIFA World Cup.

Several analysts said that the World Cup had an impact on GGR in Macau, as gamblers turned their attention (and wagers) to the international football tournament.

Credit Suisse is estimating July’s GGR to drop by 3.7 percent in year-on-year terms, to MOP28.4 billion. Its previous estimate hinted for a decline of 3 percent to 5 percent.

“The ADR recovery is largely on track of our expectation and supports our thesis that Macau VIP revenue should pick up sequentially into the summer holiday and post-World Cup,” Mr Fong and Ms Wong wrote. “This should help alleviate investors’ concern on the health of the VIP segment,” they added.

Nomura Securities Co Ltd also noted a rebound last week in GGR in Macau, with mass gaming remaining strong and VIP play improving. The Japanese investment bank forecast that GGR for full-July could be between MOP28 billion and 29 billion, down by 5 percent to 2 percent in year-on-year terms. Nomura stated that consensus ranges from a decline of 7 percent to zero growth.

GGR in June reached MOP27.22 billion, a year-on-year decline of 3.7 percent, according to official data from the city’s Gaming Inspection and Coordination Bureau. It was the first year-on-year drop in monthly GGR in five years.

Macau’s casino gross gaming revenue (GGR) for the first five days of February is estimated at MOP1.9 billion (US$235.1 million) – or MOP380 million per day – a level that suggests a “45... END_OF_DOCUMENT_TOKEN_TO_BE_REPLACED